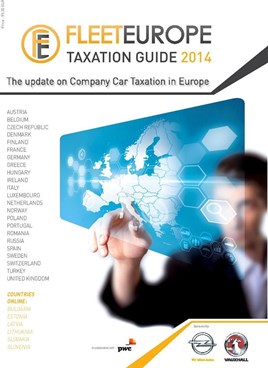 More and more European countries are continuing the switch to emissions-based car tax systems as national Governments bow to global pressure to reduce carbon emissions, according to the 2014 edition of the Fleet Europe Taxation Guide.

The Guide shows that the company car is already linked to carbon emissions-based taxes in more than 20 Member States across Europe, while other countries are keen to follow suit as governments come under increasing pressure to cut carbon emissions.

The G8 of leading economies has agreed to reduce global greenhouse gas emissions by 50% by 2050, and this puts the automotive sector firmly in the firing line as it contributes more than 15% of annual global emissions, according to the World Resources Institute.

Fleet Europe's Steven Schoefs said: “Taxation issues are at the centre of corporate car fleet management for good reason.  It’s a big cost, but it is also one that can be managed and minimised by designing and implementing a smart tax efficient fleet strategy.  International corporate fleets are rushing towards lowering their fleets’ carbon emissions for reasons of tax efficiency as well as environmental altruism for good reason."