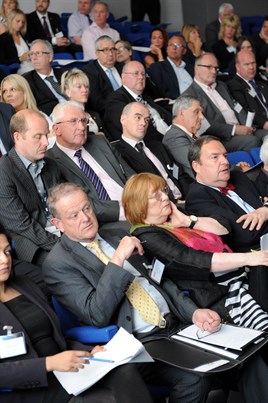 Six out of 10 fleets do not appeal against parking charge notices issues by either local authority or private company organisations, according to a survey by ACFO.

Yet, those companies that do often report a success rate of up to 50%, saving the company thousands of pounds.

The ACFO seminar ‘Another fine mess’ heard from a variety of speakers about the rules and regulations surrounding parking fines and how to go about challenging them. This is an extract of speakers. More can be found by clicking here.

Parking restrictions have to be clear and easy to understand for drivers, according to Spencer Palmer, London Councils director, transport and mobility.

Contrary to many beliefs, income from parking could not be revenue-earning; surpluses had to be spent on enforcement, improving roads and off-street parking, and meeting public transport costs.

In London, half of the four million annual parking charge notices (PCNs) are paid at the discount (if paid within 28 days), 21% are paid at the higher level, 16% are cancelled and 13% are written off (for example bad debts).

The number of penalties issued rose from two million to five million a year, but has started to fall over the past couple of years. Meanwhile clamping incidences peaked in 2004/05, but have fallen since.

Palmer also made an interesting comment about short-stay parking charges: they are set at a level intended to achieve 85% occupancy. Too low and the car park will be permanently full.

Outside of London around four million PCNs are issued a year and just 0.5% are appealed, according to Caroline Sheppard, chief adjudicator for the Traffic Penalty Tribunal.

During an appeal, the case is decided by an adjudicator who considers all the evidence, including documentation and pictures. It can take place face-to-face or over the phone with the vehicle owner or hirer – not the driver, although they can take part in the hearing if they choose.

“Evidence is important – pictures, notes of conversations with CEOs (civil enforcement officers) – but stick to the facts,” Sheppard said.

However, she recognised that with the rise of mobile cars and static cameras taking pictures of cars, recalling the circumstances of an incident is becoming more difficult. “It’s a problem; the driver has to go back to establish the evidence,” she added.

Private sector parking companies make up half of the BPA’s membership with the rest coming from government, local authorities and NHS parking schemes. In total, BPA represents 80% of the market, said director of policy and public affairs Kevin Reynolds.

“If a member fails the code there are sanctions; get 2 points and they are expelled,” Reynolds said. “We have expelled five members.”

He criticised the different parking requirements between local authorities who “can do what they like” and private operators which have “a long list of contract terms – it’s too complex”.

However, Reynolds said that BPA was working closely with the DVLA to ensure any data provided to its members was used in an appropriate manner. He was confident that this was the case and that fleets and their drivers had nothing to fear from headlines in the media claiming data would be sold onto to third parties and, potentially, criminals.

It was a view supported by the DVLA itself which said that relations between the two organisations had never been so strong.

POPLA – Parking on Private Lands Appeals Scheme – was set up as an addition to the courts for parking appeals. It receives between 600-700 appeals per week – and that number is rising.

Around half are successful, said Mike Greenslade, barrister and lead adjudicator for POPLA.

“POPLA doesn’t charge to appeal and there are no costs or expenses awarded to any party whatever the outcome,” Greenslade said.

“It is run by London Council and they tell the BPA what is required to run the service.”

There are typically four grounds of appeal: