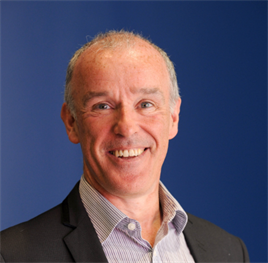 Pryor was unanimously elected by the ACFO board to serve as chairman for the next 12 months.

Additionally, Caroline Sandall, who has 19 years fleet decision-maker experience and has been fleet manager at Barclays Bank for more than nine years, was unanimously elected to continue as deputy chairman for a further 12 months.

Pryor, who has been in charge of the fleet at Arcadia Group for 25 years and been an ACFO member for 16 years, takes over the chairmanship from Damian James, who stepped down as both chairman and as a director of ACFO at this week’s AGM (click here for story)..

James, previously head of operations at Bracknell Forest Council, which included fleet responsibility, has been promoted to head of performance and resources at the authority. The new role does not include any fleet involvement.

Debbie Floyde, group fleet and risk manager at Bauer Media, which owns leading industry publication Fleet News was appointed as a director. Floyde has been in charge of the company’s fleet for the past 16 years, been an ACFO member for 12 years, has served as an official in the East Anglia region and is currently ACFO’s finance manager.

Phil Redman, fleet manager, IBM UK and an ACFO director for the past nine years, was also re-elected to the board.

Pryor, deputy chairman of ACFO’s London West Region and first elected to the ACFO board in 2006, said: “I am delighted to become ACFO’s chairman. It is vital for me and other people who have fleet responsibility to be able to discuss key issues with like-minded colleagues who collectively have a wealth of knowledge and experience.

“In organisations the job of the fleet manager can often be a lonely existence as fellow employees do not have practical knowledge or experience relating to managing vehicles. Therefore, ACFO fulfils a fundamental role in enabling members to exchange ideas and information.”

Pryor also welcomed the election of Floyde as a director. It means for the first time that the composition of the ACFO board is split equally between men and women and, said the new chairman: “Many women now have fleet responsibility in their organisations so it is good that their growing role is reflected on the board.”

“Additionally, Julie Jenner is a former fleet manager and Richard Baird also has manufacturer experience so there is excellent breadth of knowledge at the forefront of the organisation.”

Looking forward to his role as the organisation’s figurehead, Pryor said: “A key priority for me is to increase ACFO’s membership, particularly among the growing number of employees who have part-time fleet management responsibility within a wider job brief.

“ACFO offers members’ tremendous value for money through an array of benefits including regional meetings, networking opportunities and access to a wide range of knowledge and experience, and to that list can be added an increase in the number of seminars and conferences we organise on key fleet topics.”

ACFO has already held two major seminars this year and more are planned including on Tuesday (10th June) a two-hour long event where members will be able to quiz senior representatives of the Driver and Vehicle Licensing Agency on a range of key issues. Starting at 2pm, the seminar is being held during the annual Company Car In Action event organised by Fleet News at the Millbrook Proving Ground, Bedfordshire.

Due to the overwhelming success of the seminar programme and understanding the increasingly challenging time constraints on its members, the board decided earlier this year to reduce the frequency of meetings held by its eight regions from four per year to two to be held in the spring and autumn.

However, following representations to the board from some members it was announced at ACFO’s AGM that any region that would like to hold up to a further two meetings a year was welcome to do so on the provision that all events were sponsored.

Pryor added: “We have listened to the representations and have reacted accordingly. However, it is a fact that attendance at regional meetings in recent years has declined while seminar attendance has been excellent.

“Feedback indicates that managers are quite prepared to attend a day-long seminar where they can obtain a wealth of comprehensive information on a major issue impacting on them, their organisation and their drivers and additionally quiz knowledgeable speakers and network with colleagues.”