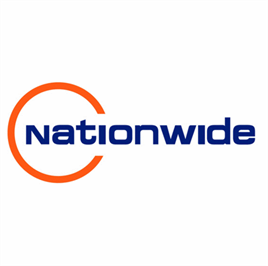 The total net cash consideration of £9.5million, including freehold properties of £4m, will be funded from the Group’s own cash and banking resources and the acquisition is anticipated to be earnings enhancing in the first full year following the acquisition.

Its net assets stood at £3.2m at September 30, 2013. Unaudited management accounts for the eleven months to August 31, 2014 show an improved trading performance over the prior year and certain costs historically incurred by Gladwins are avoidable going forward.

Gladwins’s sole proprietor will support the business over the next twelve months post completion.

The addition of Gladwins is highly complementary to Nationwide’s existing operations and provides the Group with a significantly enhanced presence in the Eastern region, with the prospect of economies of scale and flow.

It also helps to increase Nationwide’s presence in its target markets of insurance, fleet and retail.

Harvey Death, chairman of Gladwins, said: “Having worked within this sector for the last 28 years, I have seen significant changes and a trend towards greater consolidation recently. Nationwide is the market leader and it was an obvious choice when we were looking for a progressive business with which our team would work well. Both organisations have built strong teams and combined will have a significant presence in the area.”

Michael Wilmshurst, chief executive of Nationwide, said: “Gladwins is one of East Anglia’s leading bodyshop operators and has an excellent reputation for efficient and high quality repairs. I am delighted to welcome the team to Nationwide.

"The incorporation of Gladwin’s within our wider network enhances our presence in the East of England, improving our service offering to customers, and is another step forward in our plan to expand in selective territories so as to improve our economies of scale and flow. It also assists us in our objective to continue to build our presence in the insurance, fleet and retail markets.”