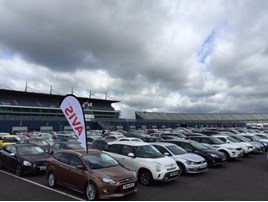 City Auction Group have reported strong performance at the previous week's auction, with the firm selling 300 vehicles, at a value of a claimed £2.75 million.

The auction results led the market in the first two weeks of June, said City Auction Group, with 80% of vehicles achieving an average CAP clean value of 98%. They reported strong demand for 12 and 13 plates, small to mid-range vehicles with an average of 30,000 miles.

Strong demand for hatchbacks was also seem, which made up over half of the vehicles achieving the best price in the top twenty CAP clean list. Overall, BMW dominated  the top twenty vehicles, with the BMW Series variants appearing five times and achieving an average CAP value of 109.3%, said the remakreting firm.

Michael Tomalin, Managing Director of City Auction Group commeted: “We are delighted with the results of last week’s auction. Feedback from our vendors indicates we achieved the best CAP clean values in the market for the first two weeks of June. Our vendors are committing more corporate vehicles to us than ever before with the introduction of further vendors joining the sale programme very soon.

“We are attracting large franchised dealer groups, as well as leading car supermarkets and independents.  Our auction attendance is growing month by month and we are planning to introduce weekly auctions from October 2015, as there is clearly demand in the market to support this.”