Legal powers to be offered to regions to transform transport 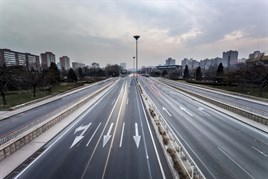 Plans to give the regions new powers to transform transport in their areas have moved a step closer after being published in Parliament.

As part of the Government’s drive to deliver economic growth across the country, including the creation of a ‘Northern Powerhouse’ and ‘Midlands Engine’, organisations like Transport for the North (TfN) are now closer to becoming statutory bodies.

Devolution will allow groups, such as TfN, to advise transport ministers on investment priorities in their own areas and on strategic transport schemes to boost growth. Statutory status will also give the groups the permanence they need to plan for the long term.

Transport minister Andrew Jones said: “Good transport doesn’t just help people get around, it helps them get on.

“It has a fundamental role in driving economic growth, and this goes hand in hand with devolving power to those that know their economies and customers best.

“We know the north as a whole is greater than the sum of its parts. Putting bodies like Transport for the North on a statutory footing is a vital part of our plan to rebalance the economy, and will give greater emphasis to the ongoing work on options for rail and road improvements that will benefit passengers across the north.

“Legal status will ensure that TfN’s impact and influence, and the transformational change that can result, is felt by customers for years to come.”

Currently, decision-making over strategic transport schemes is centralised at the national level. However, the Government recognises that greater local input is needed to drive transformational growth and rebalance the economy.

In his summer 2015 Budget, the chancellor said that TfN should become a statutory body with legal powers and duties.

TfN will be the first of these sub-national transport bodies but other areas, such as the Midlands, may also request to become one once Royal Assent has been achieved.

The Government has given TfN £30 million to take forward its current work on the northern transport strategy, which includes exploring options for rolling-out smart and integrated ticketing and transforming east-west rail links and transpennine road links to better join up the north.

An update on the northern transport strategy is due to be published by spring 2016.