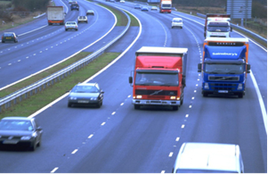 Journey times between Oxford, Milton Keynes and Cambridge can be improved by up to 30 minutes, according to a new report by the Department of Transport.

The study, launched in autumn 2015, sets out the case to improve connections between the three towns by building an expressway.

The new road could benefit commuters and businesses in some of the fastest growing areas in the UK and have a wider positive impact on Britain’s economy.

Transport minister John Hayes said: “I want people up and down Britain to benefit from quicker, more reliable journeys.

“Our cities and towns are the lifeblood of our economy and they, as well as our rural communities, need strong connections to thrive.

“We are already spending £15 billion on the biggest upgrade to the road network for generations.”

The improved network could also benefit local communities by improving access to amenities, cutting congestion in built up areas and enabling the delivery of new homes.

The study is part of the Government’s next phase of road improvements, which will get underway from 2020.

Two further reports – the Trans-Pennine tunnel and the A1 east of England – have also been published.

Final reports will be completed in the next six months and will inform the development of the Government’s second Road Investment Strategy.