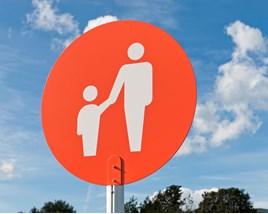 A new survey carried out by YourParkingSpace.co.uk reveals that over half want to fine motorists that misuse parent-and-child parking spaces.

Of the 500 people who took part, over a quarter wanted a fine of more than £25, while more than one in three were happy with £25 or less. However, one in 10 wanted a temporary ban from the supermarket for the parking offenders.

A sizeable 38% want an age cap of just five years’ old for the use of parent-and-child parking spaces and not the much higher 12 years’ old which is the generally considered accepted limit by many supermarkets.

In fact, an age cap of 12 years’ old only received scant support at 17%. This is the same amount of support from those who favoured limiting parent-and-child parking spaces only for parents of those children who could not yet walk.

Survey participants were also asked if they thought that, where possible, supermarkets should be forced to provide parent-and-child parking spaces, with a vast majority at 69% giving it the thumbs up.

Meanwhile the survey suggests that UK motorists are overall very respectful as almost 9 out of 10 said they had not parked in a parent-and-child parking space when they didn’t have a child in the car with them.

Yet among the excuses given for those who had infringed were simply that they were feeling lazy, were in a rush or just wanted a bigger parking space. Others said it was a genuine mistake or that it was the only space available.

Schools in close proximity to public transport and/or local amenities are being urged to rent out spare car park spaces during the summer holidays.

Private parking penalties incurred by company car and van drivers cost £2.21m in the first half of the year, according to new figures from Lex Autolease.