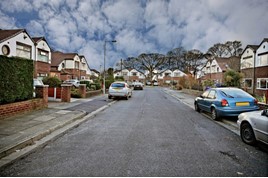 More than half of those surveyed by YourParkingSpace.co.uk are now in favour of having pavement parking banned, compared to 44% two years ago.

New proposals to tackle pavement parking were set out by transport secretary Grant Shapps last month, as part of a consultation set to take place in the summer.

The Government says its proposals are designed to improve the lives of people with mobility or sight impairments, as well as parents with prams who may be forced into the road to get around parked cars.

The 12-week consultation will include options such as allowing local authorities with civil parking enforcement powers to crack down on unnecessary obstruction of the pavement. Currently, outside London, only police have this power.

Harrison Woods, managing director at YourParkingSpace.co.uk, said: “This new study shows there has been a significant mood change in attitudes towards pavement parking, with 52% now in favour of banning it across the whole of the UK.

“It looks like this might happen sooner rather than later following an imminent government consultation to settle the issue once and for all.”

However, if a new nationwide law against pavement parking is introduced then it could affect millions of motorists as the latest study also found that this is how more than one-in-three drivers park their vehicles.

Moreover, more than one-in-20 park on a pavement on a daily basis. The most popular reason for doing so was to stop the vehicle from blocking the road.

Harrison added: “Most people who park on the pavement do so to keep the road passable for other vehicles, such as the emergency services, but by parking up on the kerb they can make it difficult, or impossible, for pedestrians to get by.

“Therefore, we would urge motorists to consider all their options before leaving their vehicle on a pavement.”

Founded in 2013, YourParkingSpace.co.uk is an online marketplace that markets and manages more than 65,000 parking locations UK-wide, ranging from driveways through to private off-street parking spaces and commercial car parks.

MPs on the Transport Committee have called for an outright ban on pavement parking across England and criticised the DfT for failing to take action.

The Government has launched a consultation to decide how it will stop vehicles from blocking pavements.

More than one in 10 British motorists would defy a pavement parking ban if it was introduced following a government consultation, according to research from Yourparkingspace.co.uk.