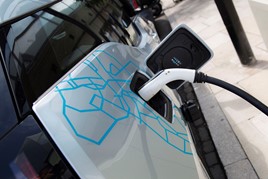 Swarco eVolt has reported a record year of growth in 2018, following a new supplier contract and recruitment drive.

It ended 2018 with news of a major new contract to deploy several hundred of its DC Rapid Charging stations for Engenie over the next 12-18 months.

It has also announced plans to recruit a further nine front-line engineers and call centre staff, a new head of sales, Anne Buckingham, the former head of electromobility at Siemens, and launch new 100KW and 150KW versions of its Raption Rapid Charger.

Swarco eVolt’s general manager Justin Meyer said: “In 2018 we recorded a network uptime of 99.38% which is exceptional, and of course leads to exceptionally high levels of customer satisfaction.

"Our investment in EVs for our service engineers also contributes to the highest level of first-time fixes for any issues that do occur.

“We will be launching a series of new e-mobility products and services in 2019, with a particular focus on further integration with intelligent traffic technologies inherent within the Swarco Group.”

Swarco eVolt has launched E.Connect, an electric vehicle recharging network for eVolt and third-party manufactured charging across the UK and Europe.