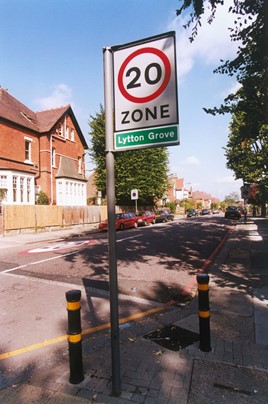 The move is a part of the Mayor’s Vision Zero ambition to eliminate death and serious injury from London’s transport network and would see 20mph limits introduced on 8.9km of main roads including Millbank, Albert Embankment, Victoria Embankment and Borough High Street.

A 20mph limit will also be introduced at Aldgate Gyratory, which is on the boundary of the zone.

Combined with the 20mph limits already set on the vast majority of borough roads, this would mean that most of the roads in central London would become 20mph.

“That’s why we plan to reduce speed limits in central London, where hundreds of thousands of people are walking and cycling each day.

“Many of London’s boroughs are already leading the way on safer speed limits and introducing 20mph in central London will deliver consistently safer roads regardless of which road authority is responsible for them.

“The bold actions outlined in the Mayor’s Vision Zero Plan will set London on the path to eliminating death and serious injuries on our transport network by 2041.”

As well as new 20mph signs and road markings along routes, TfL plans to raise the height of pedestrian crossings in seven high-risk locations, including near the busy Embankment and Tower Hill Tube stations and in areas with a high number of pedestrians, such as outside the Tate Britain.

The measures, designed to discourage speeding, have been chosen for locations where high numbers of collisions resulting in death or serious injury have previously occurred.

Speed cameras on all of TfL’s roads within the CCZ will be amended to 20mph, and mobile speed cameras will also be used to make sure drivers comply with the new limit.