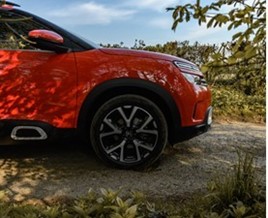 A study by Citroen UK has revealed the best and worst maintained local roads across the country.

The Isle of Wight and the North East top the table of the best roads, with as few as 1% of local B and C roads in the boroughs requiring urgent maintenance, the study found.

The study also revealed that overall, almost 1 in 20 B and C roads across the network in England require some sort of maintenance.

Citroen’s analysis revealed some of the UK’s best-loved beauty spots are accessible via some of the most at-risk roads, including Devon’s golden coastlines, Somerset’s Chew Valley and the surrounding lakes, or York.

The North East in comparison has some of the most well-maintained local roads in England, with five out of the 12 local counties boasting the best roads in the North East.

Souad Wrixen, marketing director at Citroen UK, said: “It’s been an unprecedented year for travel up and down England, and while we’re sure that the state of the roads hasn’t put a dampener on things – we’re urging people to prioritise their comfort and well-being at these times.”

Citroen has launched six electric vehicles (EVs) in 2020, including the C5 Aircross SUV hybrid, the e-Dispatch van and Citroen e-C4.

Citroen has reduced the CO2 emissions across its line-up of PureTech petrol-powered C3 models.

Citroen has taken the wraps of its new C4 and electric e-C4 compact hatchbacks, which will go on sale in the autumn.