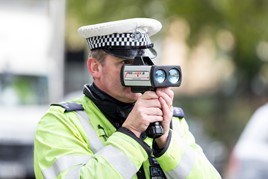 By sharing data in this way, TfL and partner organisations believe they can better identify the road danger challenges in specific communities and work together with London’s boroughs and agencies to tackle them.

Lilli Matson, TfL’s chief safety, health and environment officer, said: “As we continue to take action to reduce road danger, we need to ensure that the public and our stakeholders can access and interpret our collision data easily.

“Our new Vision Zero Dashboard does just that by visualising our collision data, making clearer than ever the appalling consequences suffered by thousands of people in London each year. Behind every collision there is a tragedy experienced by a person’s family, their friends and their community.” 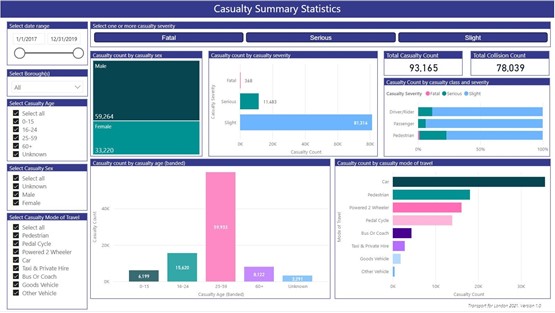 When visiting the dashboard, users can filter the raw data based on key fields such as injury severity, location, date/time and by mode. New maps, charts and data visualisation tools compare collision data across the years and by location, making the data more simple to analyse.

The new dashboard shows collision data from 2017 to 2019. Data from future years will be added in due course, with plans for further analysis capability including being able to identify casualty rates by kilometre travelled.

There were 25,341 reported collisions on London’s streets in 2019, resulting in 125 people killed and more than 26,000 injured, 3,780 of those seriously. People walking, cycling and motorcycling made up 83% of all people killed or seriously injured.

Provisional data has shown that 96 people died on London’s roads in 2020. Last year, 31 motorcyclists were killed on London's roads – equalling the 2019 total – with 45 people dying while walking and six cycling.

As part of the joint Vision Zero commitment to eliminate death and serious injury from London's roads, the Metropolitan Police and City of London Police continue to target speeding and other unsafe driving across London's roads every day. During the first lockdown police recorded speeds of more than 130mph but even relatively small increases in speed are known to raise risks to drivers and vulnerable road users such as people walking, cycling and riding motorcycles.

Joshua Harris, director of campaigns at Brake, said: “Eliminating road death and serious injury in London will require coordination, collaboration and effort from everyone with a stake in the safety of our roads – from the Mayor and TfL down to me, you and all road users. The Vision Zero dashboard lays bare the scale of the challenge ahead but will also be a vital tool to help us reach our goal – zero deaths and serious injuries, and safer roads in the capital for everyone. In previous lockdowns we saw a troubling increase in excessive speeding. Now, with the emergency services under more strain than ever, it is vital that drivers play their part in the national effort, only travelling if essential and always keeping well within speed limits.”

Fleet Poll
Would you be willing to share vehicle data as long as anonymity is maintained?
Vote
View all
103