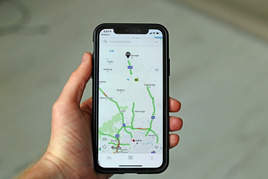 Three quarters of car drivers don’t want connected car services that monitor their driving, according a new study from Parkers.co.uk.

Research from the consumer car reviews and advice website found that just 10% of people polled knew their car had a data sharing agreement in place, and of them, only 19% of those people confessed to reading it.

The findings follow a Parkers investigation into the way car companies use vehicle data. It revealed that car companies share anonymised behavioural data about its customers, like where they go and their driving style, with third party data companies.

Of those surveyed, 86% of people said they would not be happy for their car to share driving habit data with third-party companies.

Parkers.co.uk editor, Keith Adams, said: “It’s true that we’re agreeing to all manner of terms and conditions on a daily basis – I shudder to think what Google knows about me – but it comes as a surprise to see so few drivers are aware of what their cars knows about them. It suggests that carmakers need to make their data gathering more transparent, their agreements easier to read, and most importantly for the 75% of drivers who don’t want it, to opt out of.”

New cars with connected services (an internet connection or an app) require the driver to sign a data sharing agreement. Generally, it involves agreeing to share data about you and the car with the manufacturer, and certain third-party companies. In return, drivers can access additional services such as live traffic, internet radio and in-car wi-fi.

The data that is collected depends on what car you have, as well as how old the car is. If you can operate functions on your car (like the locks or the heating) via an app on your phone, or the car has an inbuilt sat-nav it can most likely collect data on you.

Common data collection from cars include:

A few car makers have add-ons you can buy from inside of the car. Parkers says this will become the norm in the future.

For instance, Skoda Octavia customers have the option of upgrading to auto-dip headlights for a one-off payment of £179. This includes unlimited access to the feature and is transferable from owner to owner. The software and hardware are installed into the vehicle, including the buttons needed to operate it, but it requires a further payment from inside the car to work.

Buying from behind the wheel looks set to become even more lucrative with autonomous cars. Tesla already offers over-the-air upgrades for owners of its cars to add features like Autopilot.

Mark Aryaeenia, CEO of vehicle data company, Verex, told Parkers: “Car companies are thinking far ahead into the future. For instance, an autonomous car has a captive audience. Imagine the e-commerce opportunities it has.”

New data suggests car users across the UK are happy and increasingly willing to share vehicle data, as long as their anonymity is maintained.