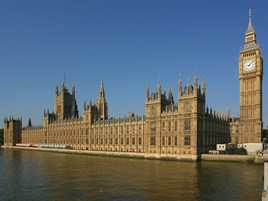 The Conservatives have reappointed Patrick McLoughlin to secretary of state for transport after securing a majority in the election.

McLoughlin replaced Justine Greening in September 2012 and has retained two of the Tory ministers that served under him during the previous administration.

They are Claire Perry and Robert Goodwill as parliamentary under secretaries of state for transport.

Goodwill, who joined the Department for Transport (DfT) in 2013, will be responsible for a range of issues, including aviation and HS2, while Perry has been handed responsibility for the railways.

Andrew Jones and Lord Ahmad of Wimbledon, meanwhile, have been given new roles in the Department.

“Furthermore, the new faces of Andrew Jones and Lord Ahmad of Wimbledon will bring new thinking into the department, which can only be beneficial to a modern and forward-thinking industry like ours.”

Lord Ahmad, who has a dual Home Office role, has a range of responsibilities, including aviation security. And, Jones has the brief that will be most relevant to fleets, with his responsibilities including freight and logistics, roads, connected vehicles and road safety.

However, the Conservative victory will leave some road safety campaigners disappointed after the party’s manifesto ruled out the introduction of road safety targets, saying it did not need “an arbitrary number” to prove its commitment to saving lives.

Jones will also be the Commons spokesman on issues relating to the Office for Low Emission Vehicles (OLEV).

The plug-in grant scheme is currently being reviewed so fleets and leasing companies will be wanting to see how the new Government may want to change the level of financial support offered to those purchasing electric vehicles.

However, the party did make a pledge in the run up to the general election for “almost” every car and van to be zero emission by 2050, with a £500 million investment over the next five years to help achieve this.

The Government has also pledged to continue the record levels of investment in infrastructure projects across the country.

It announced a £15 billion plan in December to triple the level of national road spending by 2020 to improve their capacity and condition, plus £10bn on maintenance for local and national roads.

The plans were published in the first road investment strategy, which included £1.5bn to add extra lanes to turn key motorways into smart motorways, boosting connectivity between London, Birmingham, Manchester and Yorkshire.

Its manifesto outlined plans to invest more than £6bn in the northern road network. There are also plans to improve connections to the south west, with major investment in the M5, A358, A30 and A303.

Richard Burnett, chief executive of the Road Haulage Association (RHA), said: “Our congested roads desperately need investment and the current spending plan for England is the minimum level needed to sustain the economy.”

Meanwhile, the Freight Transport Association (FTA) is urging David Cameron and his new Government to recognise the importance of the fleet industry. It says that the new Government faces a “real challenge” in ensuring the economy can continue to recover, with logistics having a key role to play.

Karen Dee, FTA director of policy, said: “Cameron’s new Government needs to ensure that logistics is given the attention it deserves.

“Its policies must ensure the industry can be as efficient and effective as possible in support of businesses and consumers in the UK.”

Both the FTA and the RHA have also renewed their call for action on fuel duty, which has been frozen since 2011, with the next planned increase in September.

Burnett said: “We still have by far the highest level of fuel duty in the EU. It is a tax on business, pushes up the price of everything we buy, undermines competitiveness and holds back our haulage industry. It must not be increased in this parliament.”

George Osborne, who was reappointed as chancellor, is considering whether to hold an emergency budget within the next month to set the framework for an autumn spending review in which he will outline the details of the cuts as part of a planned £30bn fiscal consolidation.

The chancellor, who has been given the additional title of first secretary of state by the prime minister, plans to eliminate the budget deficit by 2018-19 by imposing £12bn in welfare cuts, reducing day-to-day government spending by £13bn and raising £5bn from tax-avoidance measures.

The fleet industry will have to wait and see whether the chancellor chooses to target motorists again.