Victims 'may suffer' as Government bids to deter whiplash fraud 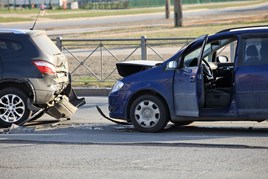 Lawyers are particularly concerned about raising the limit that a small claims court can deal with, from £1,000 to £5,000, where legal advice will not be readily available.

Deborah Evans, chief executive of the Association of Personal Injury Lawyers, said: “We have to focus on the reality that fraud is a tiny percentage and people who have been genuinely injured deserve to be properly looked after.”

Speaking at the Motor Insurance Summit, organised by Marketforce, Evans explained how compulsory motor insurance was introduced to ensure somebody who has been injured negligently is adequately compensated. However, she told delegates: “The reforms we’re looking at now actually strip that away completely.”

The Government believes low-value personal injury claims are not so complex as to routinely require a lawyer. However claimants are not, and would not, be stopped from seeking legal representation. Furthermore, the Ministry of Justice (MoJ) said support for litigants will also be available from advice organisations and online sources.

However, it added that “the price paid by all motorists from the continuing high number and cost of these claims is too great, and it is right for the Government to take firm action to reduce the financial burdens on consumers”.

Against a backdrop of increasing litigation, the measures, contained in the Prisons and Courts Bill, hope to build on previous legislation aimed at bringing these numbers down.

The Legal Aid, Sentencing and Punishment Act (LASPO), which became law in April 2013, banned referral fees paid by lawyers and limited the amount they could charge for handling whiplash injuries. Whiplash claims fell by 19% as a result, according to the Institute and Faculty of Actuaries.

New rules were also introduced in October 2014, which limit the fees that can be paid to doctors for whiplash reports.

However, fraudulent claims have remained an issue for the industry and fleets, like private motorists, have faced increasing premiums as a result. In fact, two-thirds (67%) of respondents to a Commercial Fleet poll said they had seen their insurance costs rise. Just one in seven (14%) had seen them fall.

A doubling in the rate of insurance premium tax (IPT) over the past two years, from 6% to 12% (effective from June), will have also driven up costs. But, after suffering a backlash over the new formula for calculating payouts in personal injury claims, fleets could be spared further premium pressure in the longer term, after the Government launched a review.

It was sparked by a change to the ‘discount rate’ used to work out how much insurers should pay to victims of major accidents.

Courts calculate compensation based on a loss of earnings and the cost of care. But they also adjust the lump sum payout to take account of the interest on the money which victims with life-changing injuries are likely to earn over time.

The justice secretary Liz Truss announced plans to cut the rate from 2.5% to minus 0.75% as it is linked to Government gilts which are paying out negative returns.

David Johnson, a partner at Weightmans LLP, said: “This will drastically increase the size of lump-sum payments across the scale of serious personal injury cases.

“Taking the example of a £9 million case, of which £8.2m relates to future losses and expenses, the new discount rate of -0.75% would more than double the value of the claim to a cost of just more than £20m.”

Under the proposals unveiled as part of the six-week review, an independent body instead of the Lord Chancellor – a role Truss also holds – could set the discount rate in the future.