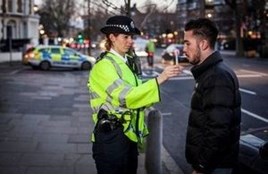 Motorists are now just as likely to be convicted for driving under the influence of drugs as they are for drunk driving.

A new law, introduced in 2015, makes it illegal to drive with certain drugs in the body above specified limits, and includes eight illegal drugs and nine prescription drugs. If caught, drivers can lose their licence for at least a year, be fined up to £5,000 or even end up in prison.

In 2015, 1,442 motorists in the UK – about four a day – were convicted for offences including being in charge of, attempting to drive, or causing death after exceeding the legal drug limit.

Transport minister Paul Maynard said: “Driving under the influence of drugs has no place in our society. It devastates families and ruins lives.

“Our tough approach has taken dangerous drivers off our roads and is stopping other crimes taking place.

“With higher prosecutions and convictions, we are delivering on our clear message that if you take drugs and drive, you will face the consequences.”

Government data shows that of the drivers who underwent a preliminary drug screening, approximately 94% were male and 64% were aged between 16 and 29 years.

The research also shows these laws are disrupting wider criminal activity as two-thirds of people caught drug-driving have previously committed other offences.

Merseyside Police reported 21 arrests in March 2016 for drug driving offences, the majority of whom were criminally active in the recent past or were members of organised criminal groups.

Justice minister Dominic Raab said: “Our message is that any driver who risk the lives of others by taking the wheel under the influence of drugs will be punished.

“We’re using better technology to detect this reckless behaviour, and our courts are punishing offenders in record numbers.”

Before the new law came into force, police would have to gather evidence that the driver was impaired, which would include carrying out tests or getting a medical opinion, before being able to take a blood or urine sample at a station.

Police forces now have access to improved screening equipment to test suspected drug drivers for cannabis and cocaine at the roadside. They are also able to test for other drugs such as ecstasy, LSD, ketamine and heroin at a police station with a blood test, even if a driver passes the roadside check.

It makes it quicker to identify those driving under the influence of drugs and helps the prosecution of drug drivers.

National Police Chiefs’ Council Lead for Roads Policing, Chief Constable Anthony Bangham said: “Targeted legislation against drug driving in March 2015 has made it much easier for police to consistently identify those driving under the influence of drugs.

“This change in law has enabled us to prosecute thousands more dangerous drivers who may have previously escaped detection yet still presented a very serious threat to other road users.

“Far too many people still attempt to drive under the influence of drugs. We are better prepared to catch them than ever before and will ensure that they face the full penalty of law.”

For more on this story, see the September 14th edition of Fleet News.