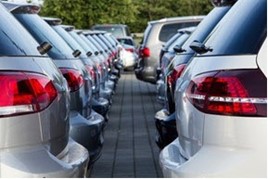 A review into the impact of the Worldwide harmonised Light vehicles Test Procedure (WLTP) on VED and company car tax has been launched by HMRC.

The fleet industry is being asked to respond to a series of questions around whether vehicle tax changes are required once WLTP is adopted for tax purposes from April 2020.

Initial evidence provided by manufacturers suggests that more than 50% of cars will see an increase from the old emissions testing regime, NEDC, to WLTP of between 10% and 20%.

For company car drivers and fleet operators choosing a new car from April 2020, this could result in an increased tax liability, compared to an identical model.

Through this review, which was first revealed in October's Budget, the Government says it is aiming to strike the balance between protecting fleets from increased costs and ensuring it meet its climate change and air quality commitments by providing clear incentives for zero and ultra-low emission vehicles (ULEVs).

The Government announced at Autumn Budget 2017, that cars registered from April 2020 would be taxed based on WLTP figures.

Cars registered before April 2020 will maintain their current tax treatment. Other policies linked to CO2 emissions – such as capital allowances – are not being considered in the review.

WLTP, which has caused major problems for carmakers and fleets alike, is the new laboratory test for emissions and fuel efficiency, initially developed by the United Nations Economic Commission for Europe (UNECE).

WLTP testing has been required for new car registrations since September 2018, but until April 2020, VED and company car tax will continue to be paid based upon converted NEDC figures.

Fleets have suffered increased costs already, due to problems with converted figures, but HMRC says that this review will not consider the implications of using the EU’s computer simulation tool, known as CO2MPAS used to convert WLTP figures back to an equivalent NEDC figure.

The majority of the Government’s analysis has focussed on the differences between equivalent NEDC figures and WLTP, it said.

If changes to the vehicle tax system are required, these would be introduced into Finance Bill 2019-20, with draft legislation being published for technical consultation ahead of that.

This puts a premium on keeping any changes within the current framework, says HMRC.

The Government believes that the fundamental structure of VED and company car tax is appropriate, including the diesel supplement and timeframe for introduction of future company car tax rates.

Furthermore, while the Government has announced that new vans will be liable to pay VED based on CO2 emissions when first registered from April 2021, the WLTP impacts on vans will be considered separately.

WLTP testing for heavier vans does not become mandatory for new registrations until September 2019.

Although the magnitude of the WLTP impact remains uncertain, at Budget 2018 the Office for Budget Responsibility assumed an increase in Exchequer revenue by adjusting the VED and company car tax forecasts from April 2020:

• VED receipts are forecast to increase by around £200 million a year on average from 2020-21 onwards.

As a proportion of total revenue, the impact of WLTP is greatest for company car tax as:

• The average company car tax liability is – on average – higher than for VED and company car drivers are liable to pay tax based on CO2 emissions in every year, rather than only when a new car is first registered. As the CO2 bands in the company car tax system are spaced closely together, it is also more sensitive to changes in reported CO2 emissions, although this is capped at a maximum appropriate percentage of 37%.

If the Government makes changes to the vehicle tax system, however, it says it only wants to make a "simple" adjustment, such as a change in rates, because it says the fundamental structure of VED and company car tax is correct.

Both systems, says the consultation document, have provided a strong environmental signal to consumers and businesses, balancing the need raise revenue and support the uptake of cars with low CO2 emissions.

Furthermore, any changes must be introduced into the Finance Bill 2019-20, providing only limited time for drafting of legislation and technical consultation, in line with the tax policy making framework.

The consultation closes on by Sunday, February 17, 2019, with the Government expected to outline its response in the spring.

For more on the consultation and to find out how to respond, click here.

WLTP uncertainty is a ‘nightmare’ for fleet decision-makers

Vehicles ‘disappearing’ off price lists while they get re-tested and fleets complain that future tax implications are unclear.

Vehicle supply shortages due to WLTP

Fleet operators have been especially affected by WLTP as leased vehicles reached their end of contract date but replacements were not available.