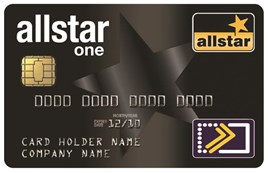 One million trees have been planted as part of a joint initiative between Allstar and Forest Carbon to help fleets reduce their carbon footprint.

Since launching in January 2015, ‘Ecopoint’ has led to the planting of one million trees in 1,968 acres of new woodlands on behalf of Allstar’s customers.

The trees will go on to capture more than 266,182 tonnes of co2 from the atmosphere in the coming decades, as assessed by the government-backed Woodland Carbon Code, making a significant contribution to the UK’s fight against climate change.

Allstar customers that sign up to the Ecopoint scheme pay a small fee for 100% carbon capture of their co2 emissions. They will also be provided with an annual e-certificate to show how many trees have been planted for them and how much carbon dioxide they are expected to capture.

Brian Flood, Allstar’s vice president of networks, said:  “It’s a real milestone to plant the millionth tree as part of this programme and is an endorsement of how our customers value their green credentials.

“Carbon capturing is becoming increasingly important for our customer base and the fleet industry as a way to reduce the impact of unavoidable fleet carbon emissions and help the environment”.

Stephen Prior, director of Forest Carbon, said: “The fact that more than 20,000 Allstar customers with circa 170,000 vehicles subscribe to EcoPoint highlights the importance that UK businesses place on compensating for their carbon emissions.”