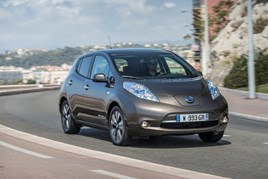 The announcement was made by Edmund King, chairman of the AA Trust at the launch of the Electric Vehicle Experience Centre (EVEC) in Milton Keynes last week.

It follows an AA Populus survey of 16,239 drivers which found that 32% of respondents were interested in a free one-hour electric vehicle driving lesson – aimed to show them how to get the best out of an EV – in their local area.

Drivers in London were more interested (35%) followed by those in the West Midlands and South West (34%).

Those in Scotland, Wales and Northern Ireland also showed high levels of interest.

It will be piloted in the Milton Keynes area with a view to be rolled out nationally.

King said: “We are approaching a tipping point as more and better electric cars come on stream.

“We want to help drivers understand this exciting new technology at the EV Experience Centre but we also want to help them get the most out of their electric cars.

“Drive Electric sessions, conducted by AA instructors, can either be carried out in the driver’s own electric car, or in one of the EV Experience Centre’s test drive fleet. The EV Experience and Drive Electric experiences be really put Milton Keynes on the map as the most go-to EV city in the world.”