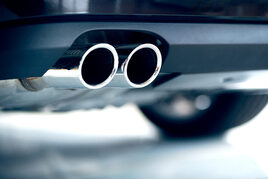 Leeds City Council’s decision to axe a clean air zone (CAZ) in Leeds was due to concerns over a legal challenge to the scheme.

That’s according to a Freedom of Information (FOI) request sent to the local authority by the Yorkshire Post.

The council announced that the CAZ was “no longer required” in October 2020, because air quality had significantly improved following “a dramatic shift to cleaner vehicles”.

It found that more than 90% of buses and 80% of heavy goods vehicles (HGVs) driven in the city now use cleaner Euro VI engines and therefore wouldn’t be charged if a zone was introduced.

The scheme was originally due to be launched in January 2020.

However, in emails between the council and the Department for Environment, Food and Rural Affairs (Defra), there was concern about the legal authority of such a scheme was the ultimate reason behind the decision to scrap it.

A council official wrote: “If we were to continue to implement a CAZ having already achieved compliance and having evidence to show that compliance will be maintained, this exposes the council to legal challenge as the legal duty has now been met.

“Having received advice from counsel, we believe we have no legal authority to proceed with the CAZ.”

The official added: “The city’s fleet has improved far faster than anticipated. This has been in part due to the anticipation of a CAZ being implemented and also as a result of the Clean Air Funding which the Government has made available."

The news follows the delay to the Manchester CAZ scheme, with plans to push the start date back to July 2022 and the end-date from 2024 to 2026.

The situation is Manchester is different to Leeds with concern about the transition to cleaner vehicle fleets and supply chain issues with Euro VI engines causing problems for businesses trying to avoid the proposed daily £60 charge for using the CAZ.

Portsmouth has launched a Clean Air Zone (CAZ) with daily charges for non-compliant vehicles ranging from £10 to £50 per day. Council says that drivers will be fined £120 if they do not pay the CAZ charge within six days.

Almost two-thirds of employers (64%) plan to extend their use of public transport or shared mobility to counter the growing number of clean air zones (CAZs).