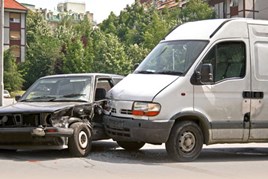 Crash for cash fraudsters are being successfully targeted thanks to a data sharing service run by a leading law firm.

Netfoil, which is managed by Hill Dickinson, is the largest privately-owned relational database in Europe and holds more than 200 million records, relating to 10.5m insurance claims, with 150,000 new records added every month.

It can hold up to 200 different fields of information including individual claimant’s names, addresses, telephone numbers and vehicle information, as well as accident details such as the date, location and circumstances.

Drawing on such a large pool of information, the intelligence-led approach enables users to target the right  claims, according to Dan Sanzeri, Netfoil’s business  development manager.

He explained: “It would be great to go after every single suspicious claim, but the reality is you’ve got finite resources to target fraud, so you need to prioritise the right kind  of claims.”

Detected fraudulent insurance claims cost the industry around £1.3 billion a year, but if undetected fraud is included, that figure could be as high as £3bn.

Sanzeri told delegates at a seminar on managing risk in transport and logistics that fraudsters will not usually limit their activity to a single fraudulent claim.

“You have creatures of habit who repeatedly hit targets,” he said. “There is evidence to show that vulnerability is something that these guys will go after; i.e., if you have a weakness in your business and you do not address that weakness, all the evidence points to the fact that it will be effectively targeted until such a time when target-hardy measures are put in place.”

Statistics on fraudulent claims suggest that around 7% of personal lines claims are fraudulent, but it rises to 12-13% in the self-drive hire market.

Sanzeri believes it could be even higher for company fleets, but more data sharing is needed before a figure could be obtained.

He demonstrated how the Netfoil system allows investigators to match telephone records, claims history and addresses, even when claimants are using different personal details to avoid detection.

During one such investigation, analysis of the data revealed that two separate claimants shared a mobile number and had previously been involved in a claim against each other.

Sanzeri said: “Your ability to combat a problem is proportionate to your understanding of the problem.”

A recent case involved Europcar, who successfully disrupted the activities of claims management company director Mark Richardson, of Richardsons, for his involvement in staged motor accidents – despite not being party to the original court case.

All claims related to the case, totalling more than £150,000 were dismissed.

The court case centred on a staged collision between a family’s vehicle and a car they hired from Europcar.

Seven members of the family subsequently submitted personal injury claims through Richardsons. The involvement of a hire car along with inconsistencies in witness statements, incorrect details entered on the claims notification forms, the high number of passengers and the involvement of Richardson, all combined to raise Hill Dickinson’s suspicions.

Investigating the claim, the firm interrogated cross sector data in its Netfoil database and identified links between the lead claimant and Richardson, who had submitted claims together for three previous traffic accidents.

At the time, Ken McCall, managing director of Europcar UK, said:  “This case should send a very clear signal to any individual or organisation considering insurance fraud.”

However, while Netfoil is helping Hill Dickinson’s clients target fraudulent behaviour, Sanzeri said fleets can help to protect themselves through employing a range of ‘physical methods’ such as telematics and CCTV.

The use of in-cab cameras is becoming more widespread amongst fleets and detective inspector Dave Hindmarch of the Metropolitan Police is a big advocate.

Hindmarch, who manages ‘operation catcher’ – a team of officers who are tasked with targeting insurance fraud, said: “If you operate a fleet, why you wouldn’t have an in-cab camera is beyond me. I think they’re an absolute must.”