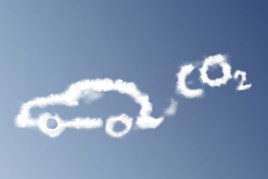 Changes to vehicle excise duty (VED) could create extra cost for the fleet industry and damage the take-up of the ‘greenest’ cars.

The chancellor aims to plug a growing tax shortfall from road tax receipts and, for the  first time since 1936, ringfence funds for spending on strategic roads.

“The rationale is that the revenue will be ring-fenced for road maintenance and new road building projects and therefore every road user should contribute,” said Paul Lippitt, principal consultant at Lex Autolease.

The Government estimates that, if left unchanged, more than three quarters of new cars would pay no VED at all in the first year by 2017.

However, financial experts and the fleet industry are all warning that the new regime could damage the adoption of low emission vehicles and prove costly for fleets.

Mike Moore, tax director at Deloitte, said: “The impact of these changes seems to be at odds with the Government’s stated aim to incentivise the cleanest cars.

Under the new system, cars registered on or after April 1, 2017, will have a first-year rate according to the vehicle’s CO2 emissions, but will also be split into three bands for the subsequent standard rate: zero emission, standard (cars priced up to £40,000) and premium (priced above £40,000).

Zero emission cars pay no VED, unless priced more than £40,000 when they are hit with the premium rate of £310 for five years after the initial zero first-year rate.

Standard cars pay the first-year rate according to their emissions banding and then the standard rate of £140.

Premium cars also pay the first-year rate according to their emissions banding but are then hit with a £310 supplement for the next five years, taking the total VED to £450.

The comparative impact on fleet costs is substantial. A  new car, with CO2 emissions of 90g/km and a list price of £40,000 or less on a four-year cycle, would pay nothing if registered today. After April, 2017, it will cost £520 over the four years.

Gary Killeen, fleet services commercial leader for GE Capital UK, warned: “Overall, total increases ranging from £250 to £1,470 will be seen over four years for cars in the typical fleet CO2 range of 91g/km to 130g/km.”

Fleet managers have been proactive in encouraging drivers to think about cleaner cars by going for vehicles with low CO2 emissions which have zero or very low rates of road tax. But, the RAC’s Jenny Powley suggested: “For the first year of ownership of a new vehicle, incentives will still exist to select low emitting vehicles but, thereafter, a flat rate will apply to most vehicles. This may raise questions about how companies will make purchasing decisions when it comes to new vehicles in the future.”

Rob Wallis, CEO at TRL – the Transport Research Laboratory – argues the new regime only appears to demonstrate support for pure electric vehicles (EVs). “This suggests that plug-in hybrids are no better than standard diesel or petrol vehicles, when clearly there are still major emission benefits,” he said.

TRL’s concerns are shared by the Low Carbon Vehicle Partnership (LowCVP). Managing director Andy Eastlake told Fleet News: “The zero VED rating provides an incentive for battery EVs, but immediately stepping up to £140 provides little to encourage the use of plug-in hybrid or other promising low carbon vehicle and fuel technologies, all of which have a role in decarbonising our transport while providing the choice needed for users’ disparate journeys.”

He also claims that the new system won’t encourage the adoption of low carbon vehicles in the important second-hand market and is likely to affect residual values.

Michael Buxton, CEO of Manheim UK, doesn’t expect any impact to the used vehicle market for the next two years. “However, once the first new vehicles affected by the changes enter the used market, the £310 supplement for cars with a list price of £40,000 or more when new could be a significant consideration for trade and private buyers,” he said.

By changing the tax regime, the Government claims it will only raise the same amount of revenue from VED in the future as it does today, around £6 billion, with it all being allocated to a dedicated ‘roads fund’ from 2020.

In the last parliament, the Government increased road spending and set out a plan for £15bn of new roads up to 2020. But, in the budget speech, chancellor George Osborne, admitted: “We need a long-term solution if we’re going to fix Britain’s poor roads.”

The World Economic Forum ranks Britain 27th in the world for infrastructure quality. “That’s six places higher than we were in 2010, but it’s still far behind countries such as France – 10th in the same list,” said roads minister Andrew Jones.

“Whenever a lorry-load of components fails to arrive on time because of congestion, whenever a business chooses not to open an office in a new city because they know it will mean staff spending hours a day in slow moving traffic, whenever a client-meeting is postponed because emergency repairs have closed the road, that’s the effect of poor infrastructure  on productivity.”

The roads fund, concluded Jones, will pay for the “sustained investment our strategic roads so badly need”.

Simon Dixon, transport partner at Deloitte, welcomed the Government’s promise on road funding. However, he warned: “This may still require  a future Government to seriously consider some form  of road toll charging with increasing pressure on the  network, new travel patterns emerging and limited  funding available.”

For more budget reaction from Lippitt, Laws and Pryor, go to fleetnews.co.uk/blog.