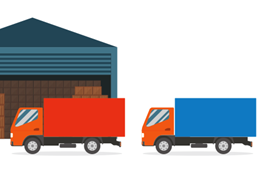 Britain’s leading parcel couriers have insisted that occupational road risk management is a priority as they flex their fleets and recruit thousands of drivers in the build up to Christmas.

Retailers are expected to send out 20% more parcels in the final three months of this year compared to the same period last, with deliveries peaking on the US-inspired discount day known as ‘Black Friday’, which this year falls on November 27.

The annual online scramble is part of a dramatic change in the way people shop, with 20% of non-food sales now made online. By the end of 2015, retailers are expected to send more than 860 million parcels to British homes, up from 600m in 2012, according to internet retail body Interactive Media in Retail Group.

Estimates suggest the fast-growing delivery sector is now worth £4.5 billion, with its rapid rise also reflected in the number of light commercial vehicles (LCVs) being registered.

Figures from the Society of Motor Manufacturers and Traders (SMMT) show van registrations have increased by more than 17% this year. There are 3.5m vans registered in the UK, two-thirds more than there were just 10 years ago, while industry estimates suggests that there about 40,000 delivery drivers.

The growing demand has spawned a massive recruitment drive from the country’s courier companies, with Yodel recruiting 7,000 part-time and full-time staff, many with their own vehicles.

Amazon UK is in the process of recruiting 19,000 seasonal workers, with the majority of roles in the company’s warehouses and customer service centres, while Royal Mail is recruiting the same number of staff to help distribute the post over the festive period.

It’s a similar story with parcel delivery firm DPD, which says it has already recruited hundreds of drivers to boost its fleet, and CitySprint, which is in the process of a recruitment drive in readiness for the Christmas period.

However, all the distribution companies say that occupational road risk management is a priority. They told Fleet News that they have strict employment criteria for employees, including regular driving licence and vehicle checks, as well as insurance clarification on vans driven by owner-drivers and self-employed couriers.

This year is the first festive season shopping bonanza following the collapse last Christmas of parcel delivery firm City Link, meaning that the major players are able to draw on a larger pool of available drivers.

“We have strict selection criteria for all couriers that we recruit” Patrick Gallagher, Citysprint

Yodel announced that it will recruit more than 800 directly employed drivers who will be at the wheel of a company liveried van and wear branded uniforms.

Additionally, the company is looking to recruit around 3,000 owner-drivers with their own vans. A further 3,000 home-based self-employed couriers will be joining the company, delivering packages in their own neighbourhoods. Yodel says many of the jobs could become permanent due to its increasing client base and parcel volume.

Yodel’s permanent fleet is almost 2,500-strong and flexes, depending on the volume of parcels being handled. In the run-up to Black Friday and Christmas it is bringing in 850 vans, more than 500 trailers and more than 200 tractor units specifically for the peak period.

Similarly, Yodel’s self-employed workforce flexes to meet parcel volume. Typically, the company says it has a total workforce of 8-10,000 people, rising to 16,000 at the late-year peak.

During 2015, Yodel said it made “significant investments” in a number of areas of its business, including its fleet to improve operational processes and efficiency.

That has included introducing 551 new liveried vehicles, including 250 vans, 61 rigid trucks, 120 trailers and 120 tractor units.
Additionally, the company has invested in its owner-driver and courier induction training, while its Have Your Say customer feedback programme is also driving change across the business at all levels including individual drivers.

Meanwhile, DPD operates a permanent fleet of some 3,500 vehicles, but for the end-of-year boom is beefing that up with 800 liveried vans matched up with drivers, 220 tractor units, 280 trailers and 120 class one drivers.

Charlie Shiels, executive director of central operations for DPD, said: “We started planning in January and constantly review our requirements. We will defleet in January, but the changing market means our baseline fleet will be larger than the previous 12 months.”

DPD also recruits what it calls owner-driver franchisees (ODFs), but even if they supply their own vehicle its quality is “controlled” by the company and it must display DPD livery, be fitted with DPD slamlocks and conform to the company’s specification.

Highlighting the fact that DPD drivers were ambassadors for the company and the firms they deliver parcels on behalf of, Shiels said: “All our drivers wear our uniform and drive a liveried van, which they can sub-let from us, but we insure and provide a fuel card. Image is important and we don’t want people delivering parcels in vehicles that don’t look amazing.”

Echoing the focus on vehicle and driver safety, a Yodel spokesman added: “Our new recruits are checked and trained before they start work. This includes paperwork checks and advice on insurance.”

Drivers wear Yodel uniforms and are given clear guidance on company policies in both personal and vehicle appearance.
“Vehicles come into our service centres every day and, as ambassadors of our brand, we expect them to be kept in a clean and well-serviced condition,” said the spokesman.

Patrick Gallagher, chief executive of CitySprint, which operates a permanent fleet of more than 3,000 vans, said: “We have strict selection criteria for all couriers that we recruit, including full employment history, and regular driving licence, insurance and vehicle checks.

“All vehicles are inspected every four-to-12 weeks, depending on the type of vehicle, and couriers are obliged to complete a daily vehicle check as part of the log-on process. Vehicles that do not meet the required standard are taken off the fleet.”

New recruits for the Christmas season can be owner-drivers or can hire vehicles from third parties.

Gallagher said: “We use a bespoke document management tool to manage all our couriers’ documents.

“Any courier whose documents need renewing or rechecking are automatically removed from our system until they are up-to-date.

“We also have access to the Motor Insurance Database and DVLA databases, so we can check documents in real-time.

“We pride ourselves on having a well-presented, professional fleet that our clients can be proud to be represented by and run a ‘hands on’ management approach to identify and react to any issues before they become a problem.”

Shiels agreed. “Legislation is important to us so all of our vehicles, irrespective of size, are treated exactly the same,” he said.
“We default to the highest standard and that is the standard for trucks. It is when fleets treat vans as cars that there are problems.”

Driving licences are checked regularly and, in addition to DPD drivers being expected to undertake their own daily vehicle checks, random daily and weekly depot gate checks are completed.