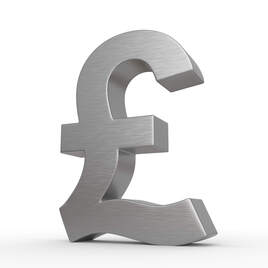 Employers convicted under corporate manslaughter and health and safety legislation will face tougher fines from next month.

New sentencing guidelines will come into  force from February 1, and will apply to any  case heard on or after that date, irrespective of when the offence occurred.

Vikki Woodfine, partner and head of road haulage and logistics at legal firm DWF, told Fleet News that the changes were being introduced because of an inconsistency in the level of fines being imposed in health and safety cases.

Previous penalties faced by big companies for health and safety breaches had been criticised for not being sufficient enough to send a message to the board and shareholders about the importance of good health and safety management.

However, changes to the sentencing guidelines will now see a large company (where the annual turnover is more than £50 million) face a fine of up to £10m for the most serious health and safety offences.

Major companies convicted of the separate offence of corporate manslaughter will face fines of up to £20m.

Woodfine explained: “By basing penalties on a number of matters, including turnover, courts will be able to impose huge fines on those large companies, even in cases where there is no fatality or even an injury.”

The tougher penalties come in the wake of Baldwins Crane Hire being fined £700,000 in what was the first corporate manslaughter conviction involving a commercial driver.

Lindsay Easton, 49, from West Yorkshire, was driving  a 130-tonne mobile crane on a road from Scout Moor  quarry in Edenfield, near Ramsbottom, when the brake system failed.

The vehicle, travelling on a steep access road, lost control and crashed into an earth bank.

The front of the vehicle was crushed, with Easton dying from multiple injuries.

Following the incident on August 15, 2011, an investigation was launched by Lancashire Police, working alongside the Health and Safety Executive (HSE).

It found that several of the wheel brakes were inoperable, worn or contaminated. The engine braking systems were also found to be non-functional, disabled or damaged, providing only limited braking force.

Woodfine said: “The fine imposed on Baldwins Crane Hire is larger than fines imposed for corporate manslaughter convictions in the past and that may be in-part due to the guidelines. However, the impact on fines when they do officially come into force will be a huge shock to many.”

Based on the figures in the company’s most recent filed accounts, if the company had been sentenced under the new guidelines, the judge would have been using a starting point of a fine between £2m and £3m.

However, not everybody is convinced that tougher penalties will help. Edward Handley, a former TRL (Transport Research Laboratory) consultant and owner of Work Related Road Safety Solutions (WRRS), told Fleet News: “If a huge corporation making massive profits flouts health and safety law, and people die as a result, everyone would agree that that a massive fine was appropriate, but all too often cases are brought against small or struggling companies and there is no point imposing massive fines, because the company would just go into administration and the fine would never be paid.”

■ Read what else Handley thinks is wrong with corporate manslaughter legislation, by clicking here.