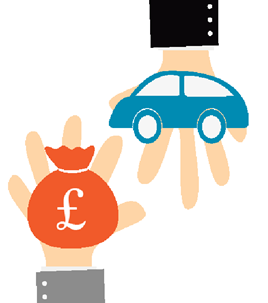 Ageas, one of the UK’s largest insurers which employs around 5,000 people, has introduced a salary sacrifice car scheme with Car Salary Exchange, the specialist salary sacrifice division of Fleet Hire.

Supported by Capita Employee Benefits, Ageas introduced a new flexible benefits program in 2014 and identified a car scheme as being an attractive option for both employees and the company.

Ageas employees are now able to access up to 4,000 new cars available through the scheme and generate quotes online via the Car Salary Exchange online quotation platform, which can be accessed using computers, tablets or mobile phones.

The scheme was set up with a carbon cap of 130g/km to promote green car uptake but, in reality, cars have been ordered with much lower emissions - an average of 104g/km. The most popular models choices to date have been the Nissan Juke, Audi A1 and the Ford Fiesta and almost 2,000 Ageas employees have registered on the scheme and 87 new cars have been provided.

Car Salary Exchange personnel worked closely with Ageas to ensure all their requirements and timescales were met. A joint communications strategy was devised to launch the scheme which involved driver roadshows at all Ageas locations around the UK to explain the scheme and provide details of its benefits.

Nick Cansfield, UK reward manager at Ageas, said: “The Car Salary Exchange scheme has met all our expectations and has opened up new car ownership options to a section of our UK employees who might not have thought having a new car was possible.  We have been hugely impressed with the Car Salary Exchange team who provide a very high level of customer service.”

Zaf Iqbal, head of Car Salary Exchange at Fleet Hire, said: “We are delighted to have been appointed as a car benefit provider by Ageas, based upon our market experience, value for money employee proposition and commercial approach to removing all employer financial risk.”

Solihull-based Fleet Hire founded its Car Salary Exchange division around four years ago and has subsequently seen carbon emissions fall to an average of 109g/km for all new cars provided under the scheme.