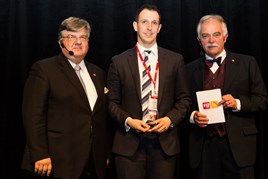 Avis Car Rental has won an award from the European Emergency Number Association (EENA) for its role in raising awareness of the European emergency number 112.

The company has used its email database and social media platforms to inform its UK customers.

From May, Avis’s awareness drive will expand to customers in France, Germany, Italy and Spain, with plans to roll out the initiative in even more countries by the end of June.

A recent survey by the European Commission revealed that 40% of people do not know what number they should call to reach emergency services in Europe, highlighting the importance of the 112 initiative.

Darren Peacock, director of brand marketing EMEA, Avis, said: “Avis is committed to trying harder, and this includes aiming to make people’s journeys as safe and informed as possible.

"We are really proud to be the first car rental company to receive this reward, as the work that we are doing with the EENA is so important.

"We are excited to roll out this campaign in even more European countries in the near future.”