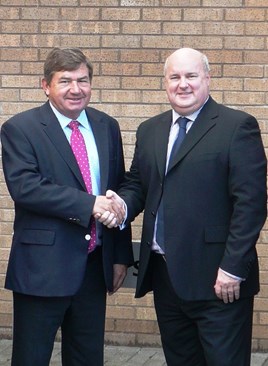 Building services contractor, Briggs and Forrester, says it has seen a number of major benefits since outsourcing its mixed vehicle fleet to Fleet Hire.

Based in Northampton, Briggs & Forrester provides a range of engineering design, installation and maintenance services to the construction industry, and was recently subject of a successful buy-out by its management team, who raised their equity stake to 60% supported by funding provided by Barclays Bank.

The company employs more than 800 staff and operates a network of eleven regional offices across five divisions, with a turnover approaching £200m.

Since its appointment, Fleet Hire has brought in a series of initiatives which have brought operational efficiencies and substantial cost savings for the fleet, it says, as well as widening choice for drivers.

The first initiative was a sale and leaseback of the younger 50% of the fleet, thereby improving cash flow. Fleet management of the remaining older vehicles was also undertaken, providing operational efficiencies until orders for new vehicles were fulfilled.

The second initiative was the introduction of a carbon cap on all new vehicles which has reduced the company’s carbon footprint by the equivalent of 100 metric tonnes of carbon dioxide per annum. The average CO2 output per vehicle on the fleet has fallen from 128g/km to 115g/km.

At the same time, a more aspirational fleet policy based on whole life costs was introduced which was of particular benefit to both Briggs and Forrester and its staff. The previous dual badge approach was widened to nineteen manufacturers, providing much wider driver choice.

The vehicles are typically contract hired over four years/80,000 miles, but contracts are flexed to accommodate both higher and lower mileage drivers, and pooled to avoid excess charges.

The fleet has grown to around 270 vehicles, and big winners under the new approach have been Nissan with the Qashqai, Peugeot with the 3008 and 5008 and Mercedes with its A and C Class models.

Fleet Hire says it has also initiated savings on fuel by switching from the existing fuel card supplier to its preferred Shell fuel card system.

Fleet Hire also administers the company grey fleet, and registration, MOT and insurance details are captured and recorded alongside all license checking to ensure duty of care obligations are met, while a fully revised driver policy has a been developed to both promote driver safety and meet duty of care responsibilities.

Briggs and Forrester company secretary John Simson said: “As a result of these initiatives, and due to their expertise and professionalism, we have seen significant financial and operational benefits in outsourcing the fleet to Fleet Hire. We look forward to building on the achievements already made.”

Nick Poole, sales director at Fleet Hire, added: “Through a number of rigorous and cost-effective fleet management initiatives, we have been able to significantly reduce operating costs across the fleet and ensure it is now operating in a far more efficient, cost effective and controlled manner.”