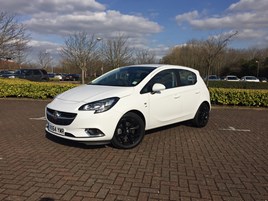 The influential Transport Select Committee (TSC) has described as “a matter of deep concern” reports that a second Vauxhall model is at risk of catching fire.

Vauxhall recalled 220,000 Zafira models last year which were at risk of bursting into flames due to a faulty wiring loom in the heating system.

This led to Vauxhall customer experience director Peter Hope and General Motors engineering executive director Charles Klein giving evidence before the committee. The TSC hopes to publish its report in the next couple of weeks.

Now pressure is growing on Vauxhall to recall almost one million Corsa D and E (current model) cars, due to risk of fire, after an investigation by The Sun newspaper.

Following a BBC Watchdog programme report in November, the manufacturer recalled 2,767 1.4-litre petrol Corsa Ds for an electrical fault which led to fires.

More owners have since come forward complaining their Corsas have also spontaneously combusted.

An engineers’ report from Burnley-based forensic collision firm GBB, commissioned by The Sun, said: “The resistive heating associated with Zafira B failure has also been identified in the heater wiring harnesses of Vauxhall Corsa D models. A fire-damaged Corsa D, with a history of wiring harness damage, was examined to reveal an origin of fire in the region of the heater system.”

The wiring loom in question is believed to be similar to that in the Hummer H3 SUV, which was recalled in the US.

In a statement, Vauxhall sought to play down the claims.

“Vauxhall has no confirmed reports of vehicle fires originating in the vehicle heating and ventilation system of the Vauxhall Corsa D/E,” the manufacturer said.

“Fires can occur in all makes of cars and it is important that thorough investigations are carried out before determining if there is a manufacturing defect that can relate to fire.

“Better access to vehicle fire data could help manufacturers with early detection of safety issues and we welcome any initiatives in this area.”

However, this is unlikely to appease the Transport Select Committee.

Louise Ellman, TSC chair, told Fleet News: “Vehicle fires can be terrifying for occupiers and other road users, and constitute a serious threat to their safety.

"When we heard from Vauxhall earlier this year about fires in the Zafira B model, we made it clear Vauxhall must do better in identifying and rectifying any safety risks. That reports of fires in a different Vauxhall model are now emerging is a matter of deep concern.

“We will be keeping a close eye on the responses of both Vauxhall and the Driver and Vehicle Standards Agency (DVSA) to this latest issue and we want to know how they are ensuring the safety of drivers and their families.”

Ellman does not rule out calling Vauxhall executives before MPs for a second ‘evidence session’.

She said TSC was “keeping the pressure” on Vauxhall to update the committee on its progress to rectify the mechanical errors to the Zafira “because they have a responsibility to their drivers”.

In the original evidence session, Hope and Klein were questioned about the timing of the recalls, including why the Zafiras had not been recalled earlier.

“They said ‘it’s because we didn’t know what was causing it’,” Ellman said. “And I said: ‘well the fact that people are driving around in cars that go on fire, surely you need to do something?’”

The Transport Select Committee says the Volkswagen Group NOx emissions scandal is an “ongoing issue” on which it is continuing to keep a close watch.

Volkswagen Group UK managing director Paul Willis told the TSC during its inquiry that the manufacturer wanted to complete the fixes by the end of this year.

However, it ran into problems getting approval from German regulators for its solution which has caused the delays.

TSC chair Louise Ellman said: “The matter is far from resolved, but I think that our actions have made the Government become much more involved in it.

"We’re not satisfied that they’ve done enough and we think that our minister should be much more involved. It’s an ongoing issue.”