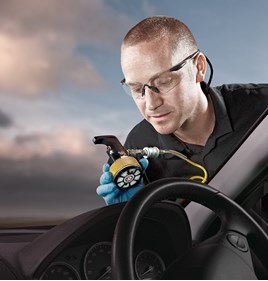 A hippo tops a list of the weirdest things Autoglass customers said were the cause of windscreen chips and cracks in 2016.

The vehicle glass repair and replacement company asked customers to reveal the wackiest things to damage their windscreens in the past year, unearthing a peculiar array of projectiles and damage-causing debris including bouncing onions, innocuous tiny sweets and a coconut.

On a more serious note, this year’s data revealed that the most common cause of unexpected damage is stones and loose road surfaces (29%), with many screens falling victim to chippings from roadworks. This is followed by general mishaps (25%), ‘mysterious’ cracks which appear without warning often due to temperature changes (16%), animal-related damage (15%) and relatively rare occurrences of vandalism (5%).

General mishaps came in a variety of shapes and forms this year, ranging from people who shattered their screens by slamming the boot closed on large flat-pack furniture, kayaks or surfboards, to those who underestimated just how good their golf swing was, as well as the cars that became the targets of misdirected fireworks.

Gardening mishaps also appear to be on the increase with many lawn mowers flicking up trouble.

Taxiarchis Konstantopoulos, managing director of Autoglass, said: “In these winter months, motorists need to be extra careful on the roads and with their vehicles. Take time to defrost screens correctly; rushing this process using the wrong tools or pouring water straight from the kettle can cause damage that can cost more time and money to rectify.”