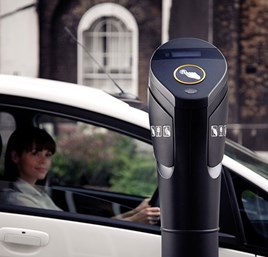 The round is part of a larger £9m fundraise led by Venture Capitalist Draper Esprit and sees Draper investing £3m for new shares and £2m for secondaries alongside Barclays Capital. which is providing £2m of venture debt and £550,000 additional equity investment has been secured from angel investors.

Pod Point has made £2m worth of shares available to the public through equity crowdfunding platform Crowdcube.

Over the past two years, Pod Point has already successfully raised £3.3m in two crowdfunding rounds, through Seedrs and Crowdcube.

The new investment will be used to expand the charging infrastructure necessary for widespread adoption of electric vehicles in the UK.

Pod Point’s target is to double turnover to £9m in the 2016/17 financial year and benchmark market growth thereafter.

The company has manufactured and sold more than 27,000 charging points since it was founded in 2009.

This new investment is intended to fund the next stage of business growth, directly creating 50 new jobs in the UK, and helping to lay down the bedrock EV charging infrastructure to fuel the expansion of the market both here and in Europe.

Following recent partnerships with Barratt Homes, Holiday Extra and Hyundai, POD Point intends to have one of its stations installed everywhere people park for an hour or more by 2020.