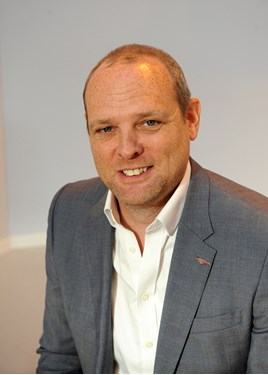 Paul Hollick was re-elected as chairman of ICFM, the expanding organisation dedicated to advancing the profession of car and light commercial fleet management, at its AGM.

Hollick, managing director of TMC (The Miles Consultancy), was first elected ICFM chairman in 2014 and at the AGM he told members that the past 12 months had been a year of “achievement” that included:

"Our goals remain unchanged: the focus on our vision to become the qualification required to be a fleet decision-maker. The de facto stamp of approval that an employee can do the job and to make fleet management a fully recognised vocation.

"Employers will then search out this qualification when employing a new fleet decision-maker just as they would when recruiting an accountant, an architect or a lawyer.

“The ICFM is strong and robust, our focus is 100% on supporting the industry with its significantly changing landscape. That is our tunnel vision.”

He added: “Our objective continues to be to break through the 1,000 members mark; make ICFM even more accessible to new members and those in support services roles in the fleet industry; and work hard on development to bring more opportunities for our members to stay abreast of new topics and initiatives within fleet and mobility.”

The ICFM has a 10-strong board and this year three directors stood down by rotation. As well as Hollick, David Brown, head of business development at Applied Driving Techniques, was also unanimously re-elected to the board.

However, ICFM finance director Mark Sinclair, chief operating officer at Tusker, did not standard for re-election due to business commitments.

Elected to the board for the first time and taking on responsibility for managing ICFM’s finances is Amanda Latcham Pack, director of Portsmouth-based ALP Accountancy and a former commercial finance manager at Inchcape Fleet Solutions.