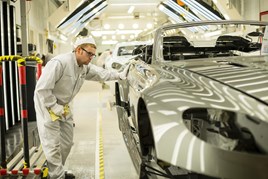 Last year, the EC published a list of 19 safety technologies which it is considering to make mandatory. In its letter, the group urges the minister to support these measures and champion continued improvements under UK legislation following Brexit.

The technologies under consideration for new cars include Automated Emergency Braking, Intelligent Speed Assistance (ISA), an overridable system for helping drivers stick to speed limits, as well as updates to crash testing requirements to protect occupants and people outside vehicles.

The EC is also considering measures specifically for lorries, to protect people and foot and bicycles, including improvements to lorry drivers’ direct vision (what they can see out their windows).

Vehicle standards were last updated in 2009 and significant advances in vehicle technology, which have taken place since then, "make it prudent to raise the bar and implement further cost effective life-saving safety measures as standard," the group says.

The coalition concludes that improved vehicle safety standards are "crucial to ensure the effective delivery of the 'safe system' approach adopted by Britain, driving towards the ultimate target of zero road deaths and serious injuries."

For more on this story, see the August 31 edition of Fleet News.