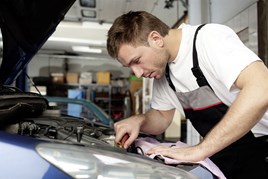 Kirkcaldy and Dundee have the worst MOT pass rates in the UK, according to latest figures from the Driver and Vehicle Standards Agency, with just 53.4% of vehicles in both towns passing their first MOT test.

This contrasts with the highest pass rates of more than 72% in Romford, Essex, and Enfield, London.

In response to big differences between the best and worst rates, engine care product manufacturer Cataclean is warning motorists that up to one million MOT test failures every year that are due to exhaust, fuel and emissions issues could easily be fixed.

The latest MOT statistics, obtained by a Freedom of Information request, were analysed and published by the car advice website Honest John.

The top eight regions, with pass rates greater than 70%, are all in London and south-east England.

Differences between regions might partly be due to motorists in rural areas having to drive more miles, and to households in wealthier areas spending more on vehicle maintenance and servicing.