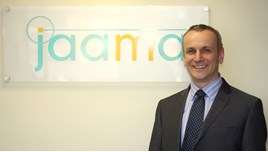 The company sold a record number of Key2 vehicle management systems to fleets, contract hire and leasing companies and rental specialists in 2017, up 84.5% on 2016.

As a result the company is further expanding with a move into new offices scheduled in 2018.

Martin Evans, Jaama managing director, said: “Many customers won in 2017 operate major fleets running, in some cases, several thousand vehicles, which means that implementation of Key2 is a major project. As a result, a number of fleets will be going live with Key2 in the first half of 2018.”

Jaama, which now employs almost 100 people and saw headcount increase by 34 last year, will be moving into premises around three times the size of its current offices, which it moved into five years ago.

During 2018 Key2 functionality will continue to evolve with changes being made to ensure that users remain compliant with the May 25 introduction of the General Data Protection Regulation; and developments will also be made in tandem with the continuing digitalisation of government vehicle and driver-related services.

“The UK fleet market is the most mature and forward thinking in the world and Jaama will remain fully focused on serving fleets in its core UK and Ireland markets as well as its increasing global presence, which alone saw a turnover increase of 5.5% in 2017,” added Evans.