One-third of drivers feel all cars should be fitted with dashcams, InsuretheGap.com survey finds 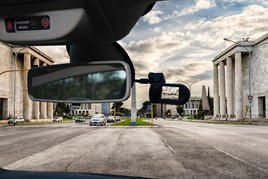 One-third of drivers think that all vehicles should be fitted with a dashcam, a survey from InsuretheGap.com has found.

The research, carried out among 2,000 drivers, also found that 26% of car owners said they would feel safer on the roads if it was the law for all vehicles to have the technology fitted, with 14% already using it. A further 29% would like one.

The survey also found that 23% of respondents believe that as dashcam usage increases, dangerous driving will decrease.

More than one-third (35%) felt that having a dashcam in their vehicle should lower the cost of their car insurance.

Ben Wooltorton, chief operating office at InsuretheGap.com, said: “A dashcam is the equivalent of an independent witness. As well as helping to prove non-fault in an accident situation, its footage can also protect against possible fraudulent claims.

"More and more car insurance companies are also offering a discount to vehicles with dashcams and dashcam evidence can also speed up insurance claims.”