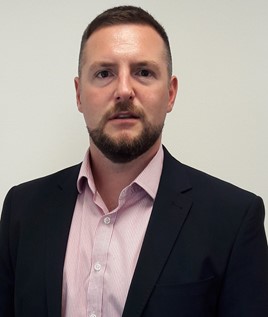 In March this year, a combination of Model and Model-VM, the stand-alone version of the system, were involved in some 30,418 vehicle movements compared to 18,636 movements in the same month last year – an increase of 63% and the highest the system has yet achieved.

Some 17 major contract hire and leasing companies now use the Model solution with Lex Autolease the latest to sign up  to the system.

In the last 12 months, Ebbon-Dacs has seen the volume of vehicle transactions going through Model increase significantly, and in 2017 it handled around 165,000 vehicle movements.

“Model has become the UK’s benchmark system for fully automated vehicle collection and delivery within the fleet market.

“Along with the new mobile phone and vans capability that we introduced recently, we are about to launch a number of new features within the system which we believe will make it still more attractive and user-friendly,” Michael Terry (pictured), commercial head – Model at Ebbon-Dacs.

Ebbon-Dacs has enhanced MoDel and MoDel-VM so that they can now be used on all Android smart phones with screens of five inches or bigger.

Ebbon-Dacs, e-procurement specialist for major leasing and fleet management companies, has announced an upgrade to the home page of its e-procurement platform Leaselink.

Ebbon-Dacs has achieved ISO 27001, to ensure it meets the data protection requirements of its clients.