The amount of cash collected by the Treasury in company car tax has increased by more than 24% year-on-year – some £360 million – yet the number of employees receiving the benefit fell by 20,000 over the same period, newly-released data shows.

The provisional figures, from HMRC, highlight how the Government is raising record revenues from the company car market by imposing higher taxes on drivers.

The amount of national insurance contributions (NICs) paid by employers on company cars also increased. Employers paid £630m in 2016/17, compared to £600m the previous year – up 5%.

The higher tax take between 2015/16 and 2016/17 can, in part, be explained by the increase reported in the taxable value over the same period.

The taxable value of the company car benefit was worth £4.57bn, up from £4.32bn the previous year, according to HMRC figures.

Furthermore, these higher incremental increases in BIK would have been decided in combination with the removal of the three percentage point diesel supplement, which was announced in the 2012 Budget and expected to take effect from April 2016.

However, shortly before it was due to be axed, the then Chancellor, George Osborne, announced he was delaying its removal until 2021 “in light of the slower-than-expected introduction of more rigorous EU emissions testing” (fleetnews.co.uk, November 25, 2015).

Two years later, current Chancellor, Philip Hammond, announced he was raising it to 4% from April this year (fleetnews.co.uk, November 22, 2017).

Even the fact that company car drivers are choosing cars with lower CO2 values has failed to thwart the increase in revenues.

The emission-dependent scale of appropriate percentages for company cars is one of many factors incentivising the manufacture and purchase of low emission vehicles, says HMRC.

The impact of the new emissions testing regime suggests Treasury coffers could be swollen even further.

All cars are being transitioned to the WLTP (Worldwide harmonised Light vehicle Test Procedure), with newly type-approved models subject to the test since last September, while all other new cars must be rehomologated by this September.

Industry analysts are predicting CO2 figures derived from the more stringent test could be up to 30% higher than those produced under the old regime.

These figures will not apply to first-year vehicle excise duty (VED) and company car tax until April 2020, while the Government has promised to reveal how it will help fleets mitigate the expected increase in November’s Budget.

However, fleets are already seeing vehicles that have undergone the new test being given a new ‘NEDC-correlated’ value for tax purposes that is, on average, 10% higher, putting some cars into higher BIK tax brackets.

For example, the Mercedes-Benz E 220d saloon AMG Line that Fleet News has on test has increased by three BIK tax bands since delivery, with CO2 emissions rising from 112g/km to 127g/km. A 40% taxpayer will pay an additional £478 per year, with a business paying £165 more in NICs.

The fleet industry has also been subjected to a volatile fuel market, while seeing company car tax revenues rise.

Fuel duty has not risen since January 2011, when it was increased from 58.19p per litre to 58.95p per litre. It was cut by 1p per litre in the Budget two months later, and has been frozen since.

Fuel duty receipts could increase further still, with reports suggesting that the Government is considering ending the fuel duty freeze.

The fuel type figures HMRC publishes next year, for 2016/17, are expected to show a shift away from diesel in the wake of the VW Group emissions scandal and mounting concerns over air quality.

Meanwhile, company cars powered solely by electricity were reported by 2,500 individuals in 2015-16. A provisional estimate for the number pure EV company car drivers in 2016-17 is 3,100.

The numbers receiving a mileage allowance in excess of the approved rate reduced in 2011/12, following an increase in the rate that year.

Since 2007/08, the taxable value has also fallen steadily from £200m to £50m in 2016/17. This will have been partly down to the public sector revising its rates to bring them in line with what is accepted by HMRC.

However, separate research conducted by Fleet News last year, showed that one in three councils paid employees who drive their own car for work above AMAP rates in 2016-17 (fleetnews.co.uk, November 14, 2017). 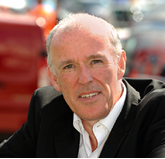