One in three UK fleets use telematics 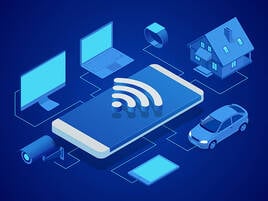 A third (33%) of UK fleets employ telematics compared to one in five (19%) in Europe, according to new research conducted by Arval.

There is also a definite bias towards adopting the technology for larger fleets, with just 17% of those with fewer than 10 vehicles using telematics compared to 47% of those with 10-49 and 56% of those with more than 50 cars and vans.
The findings come from the 2018 edition of Arval’s long-established Corporate Vehicle Observatory Barometer, research which covers 3,718 fleets.

“To locate vehicles” is the number one reason that UK fleets adopt telematics, according to the research. It was cited by 95% of fleets and followed by “improving driver safety” (87%), “improving driver behaviour” (85%), “reducing fleet costs” (75%) and “optimising journeys” (70%).

Shaun Sadlier, Head of Arval’s Corporate Vehicle Observatory in the UK, said: “Telematics remains a hot topic among fleets and, as its cost has fallen in recent years, we have seen quite a dramatic increase in usage. Certainly, we aren’t surprised to see around one in three fleets now using it.

“However, what is more interesting is that the top five reasons for using telematics were mentioned by the majority of fleets, showing that there is probably no single reason that businesses start to use the technology.

“Instead, the driving force behind telematics adoption appears to be a basket of benefits related to safety, cost and efficiency and it is all these things together than makes telematics such a strong proposition.”

Arval has signed an exclusive remarketing contract with Manheim to deliver services for 10,000 vehicles a year.