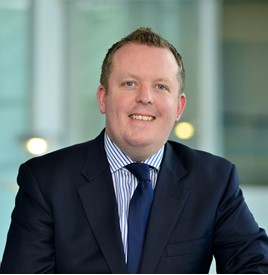 Sources close to the German manufacturer say East will replace Steve Oliver, who left BMW earlier this year. BMW would only say it was in the process of finding a successor and an announcement would be made in due course.

Oliver had joined BMW at the end of 2016, replacing Matt Bristow, having previously served as UK country manager for Infiniti.

East had worked for Mercedes-Benz – which was named best fleet manufacturer in the 2018 Fleet News Awards - since 2009 in a number of areas, including Smart and the Mercedes-Benz Driving Academy before moving into fleet.

Immediately before taking over as head of fleet in July 2016, he worked as national fleet manager where he led a team of strategic account managers and achieved record-breaking fleet sales in 2015.

News of his departure was broken by Fleet News, last week. No announcement has yet been made regarding his successor.

Rob East has been appointed head of fleet for Mercedes-Benz Passenger Cars with immediate effect.

Mercedes-Benz head of fleet Rob East has left the car manufacturer after deciding to step down from the role.