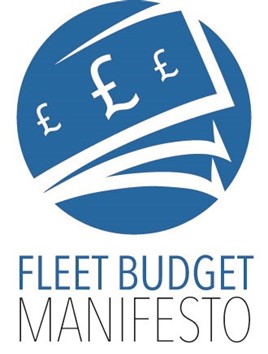 Fleet News has now made its submission to HM Treasury, together with the British Vehicle Rental and Leasing Association (BVRLA) and fleet operators’ association ACFO.

The Fleet Budget Manifesto sets out the six key action points which we urge Chancellor of the Exchequer Phillip Hammond to consider ahead of the October 29 Budget, but it also seeks to educate ministers on the shape of the fleet sector and why any rise inbenefit-in-kind taxation hits lower income families, not the higher earning middle classes, as is sometimes thought by MPs.

More than half of people paying BIK earn less than £40,000, putting them in the 20% tax bracket. The relentless rise in company car tax has seen employees contribute £360 million more to the Treasury in the year to 2016/17, a rise of 24%, according to recent Fleet News analysis of the latest figures (July 12, 2018).

Add in National Insurance Contributions and the increase rises by another £30 million. Collectively, BIK and NIC are now worth
£2.48 billion.

That’s a 22% rise at a time when wage rises were hovering around the 2% mark.It is little surprise, then, that fleets are reporting growing enquiries from employees into cash allowances, with some already seeing a trend away from company cars.

Sewells research suggests the proportion of perk car drivers switching to cash is set to increase from 29% to 39%.

This has major implications for Government tax take if the trickle becomes a flood. It will also have significant implications for the environmental agenda as cash takers tend to buy either older, more polluting cars or new higher CO2 emissions cars – freed up from the BIK incentive to go green.

Company cars average 112.7g/km in CO2 emissions, compared to the market as a whole at 122.3g/km. According to BVRLA analysis, the average personal lease car emits 12% more CO2 than a company car, while the average grey fleet car emits 22% more CO2.

In addition, around 71% of company cars – taken from figures from the Fleet200 – are business-need, which means staff have little option but to absorb the tax increase as they are required to have the car as part of their job.

More than 200 companies have now signed the Fleet News petition calling on the Chancellor to consider the six action points. They include those running vehicle fleets, leasing companies, manufacturers and fleet suppliers, as well as company car drivers.

All are looking to protect the company car sector – drivers and companies – from excessive costs plus the uncertainty caused by a lack of Government clarity on future taxation levels.

David Oliver, Red Bull procurement manager, summed up the view of many when he said the current uncertainty and “contradictory messages” were creating “the worst of both worlds for our drivers and our management”.

Oliver added: “We have entered a position today where the business is almost paralysed due to the lack of reliable information on hand to make informed decisions on vehicle purchases.

"We have deferred all car purchases in 2018 and cannot hold off any longer in Q1 2019 and may now consider widening the opt-out for cash allowance for some roles.

“BIK has risen sharply on even our lowest diesel CO2 vehicles and now, for anyone taking a new car over four years, they are entering the unknown for a part of this period. This impacts people even before we add in the new WLTP testing impact.

“We believe that the views of the industry appear to not have been heard, which is why I am fully supporting this initiative to get a voice at this critical time, with the Budget just weeks away now.

"The Government risks shooting itself in the foot if we are not listened to as there will be a real risk that the move to opting out will lead to a massive downturn in taxes raised, as well as a potential to see CO2 rising again.”

At a Fleet200 meeting of the UK’s largest and more professional fleet operators, the Fleet Budget Manifesto was high on the agenda.

A number of companies had put orders on hold while they waited to see the impact of WLTP and future BIK levels. Some were also considering switching to cash with the resulting rise in grey fleet, but recognised that that replaces one problem with another.

This decision would affect Treasury revenues. “They need to understand the risk of their policies,” said one fleet.

The impact of WLTP on CO2 emissions ranged widely depending on manufacturer and model. But all fleets had seen a lot of models drop off their choice lists.

Fleets urged Government to rebalance BIK and also bring forward the 2% BIK for ULEVs. “They can do this now – they changed policy for the diesel surcharge with little notice,” one commented.

Another said: “Drivers should not be adversely affected by what is simply a different way to measure CO2 from the same car.

“Tax is too high. Fix this and you fix the migration away from company cars. This would boost the uptake of more environmentally friendly cars and boost HMT revenues.”

There was concern over Treasury’s lack of understanding about the fleet sector, and the implications its policies have on the market.

“HMT can’t make decisions in isolation,” said one fleet. “They have to communicate their proposals better in order to understand the impact for the industry and the workplace.”

Fleet200 data reveals that the average operating cycle for cars stands at around 47 months, or almost four years. With this in mind, fleets believed they should have a minimum of a four-year sight of future benefit-in-kind taxation thresholds, although most would prefer five.

“That way, we and our drivers will know our costs for our entire time with the car,” explained one operator.

There was also support for ending the 4% diesel supplement. One fleet said: “Demonisation of diesel has to stop. It’s the right option for many drivers and job roles; for other roles petrol or electric is the right option. Allow us to choose the right fuel for the right function.”

Away from the key themes of the Fleet Budget Manifesto, fleets also raised other concerns, outlined below:

British business has been exhausted by the rapid and accelerating rate of change caused by new legislation and seemingly knee-jerk reactions without proper industry consultation. The plea by one fleet operator was echoed by his peers.

“If the Government does nothing else, please could it slow down and consider the views of the businesses that have to adapt and evolve to meet all these new regulations.”