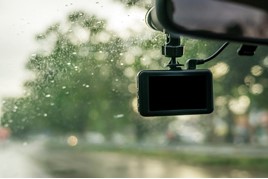 There are now an estimated 2.6million dash cams in use in the UK, and Nextbase says the platform will reduce the time it takes for forces to process clips from a minimum of 14 hours on average to just a few minutes.

Currently, all 39 English forces use different means of accepting and logging video and processes can vary from submission via social media or correspondence by email to having to provide hard copies of video clips, even burning these to DVD and sending them via post in extreme cases.

This confused array of methods often results in clips being ignored and ultimately unprocessed, warns Nextbase.

Richard Browning, director of Nextbase, said: “The surge in dash cam usage in recent years is beneficial to motorists looking to protect themselves in the event of incidents on the roads, but it has meant an increase in the amount of footage sent to police forces.

“Until now forces have not had the means to process this footage, so the National Dash Cam Safety Portal has been developed with this in mind.

“The portal allows all road users to submit footage captured on devices, such as dash cams, which will enable the police to reduce such offences, ultimately making the roads safe for all users.”

The portal has been built to accommodate all footage and formats, available to owners of all devices – not limited to Nextbase Dash Cams – that are employed in recording video and photo content on our roads.

Warwickshire Police and West Mercia Police are two of the pioneering forces that have been quick to adopt the Portal.

Superintendent Paul Moxley said: “While the benefits to motorists of this ground-breaking portal are clear, this convenience extends to police forces, since a process which previously took hours can now be reduced to a matter of minutes.

“The key in making this work for us has been determining a way of providing footage in an accessible format, whilst the creation of a witness statement is also integral to ensuring the process is as efficient as possible.

“In embracing this new technology, it enables the concerned road user to help us positively influence driver behaviour to make our roads a safer place for all users.”

Telematics can transform a fleet’s operations, but combining the technology with cameras adds another dimension. Catherine Chetwynd reports