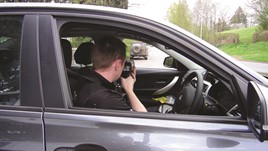 Gem Motoring Assist has called for intelligent speed assistance systems to be made mandatory to cut road deaths caused by speeding.

Excessive and inappropriate speed is accountable for about one-third of fatal collisions and is an aggravating factor in most collisions.

A new European Transport Safety Council (ETSC) report has found that on urban roads, where 37% of all EU deaths occur, the researchers found that between 35% and 75% of vehicle speed observations were above the legal limit.

On rural non-motorway roads, where 55% of all road deaths in the EU occur, between 9% and 63% of vehicle speed observations were higher than the speed limit.

On motorways, where 8% of all road deaths in the EU occur, between 23% and 59% of observed vehicle speeds were higher than the speed limit.

While reducing speeding will require a combination of measures including higher levels of enforcement, improved infrastructure and credible speed limits – the report singles out intelligent speed assistance (ISA), a driver assistance system available today, as the key in-vehicle safety measure for tackling the problem.

GEM has joined other road safety groups across Europe in urging ministers to ensure ISA systems become mandatory on all new vehicles from 2022.

Its road safety officer Neil Worth said: “We know that while reducing speeding will require a combination of measures including higher levels of enforcement, improved infrastructure and credible speed limits, experts have singled out Intelligent Speed Assistance (ISA), as the single most effective in-vehicle safety measure for tackling the problem.

“That is why today we join other road safety groups to urge members of the European Parliament’s Internal Market Committee to take the bold step of ensuring that ISA becomes a mandatory part of all new cars from 2022.

“Whatever Brexit arrangement is finally decided, we have the commitment from Prime Minister Theresa May that ‘UK and EU regulatory standards will remain substantially similar in the future’. So this matters every bit as much to a safer future on the roads of the UK as to any other country.”

Graziella Jost, projects director of ETSC, said: “500 people die every week on EU roads, a figure that has refused to budge for several years.

“And driving too fast is still the number one killer. It’s very simple: if we want to bring down the number of road deaths, we have to tackle speed effectively.

“Right now, the EU has a once-in-a-generation opportunity to make a massive difference.  Including overridable Intelligent Speed Assistance (ISA) on every new vehicle as standard could eventually prevent a fifth of road deaths.

“We urge MEPs to back this essential life-saving measure.”

Company car and van drivers have been warned that telling a ‘white lie’ to avoid points on their licence is one of the “most serious offences”.