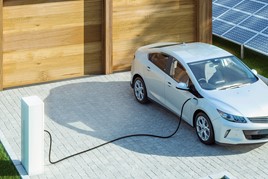 Two in five drivers (39%) are considering an electric vehicle as their next car, according to research by Close Brothers Motor Finance.

The company’s latest Britain Under the Bonnet report found that data from dealers, drivers and online trends suggested a surge in interest in the vehicles over the past two years: in 2017, 15% of respondents told Close Brothers they were considering an EV as their next vehicle.

Online trends also suggest that the number of searches for electric vehicles doubled in the past two years, while one in five dealers saw an uplift in the number of customers who had expressed an interest in EVs.

Seán Kemple, director of sales at Close Brothers Motor Finance, said: “While sales are still relatively low in real terms, the speed of growth is accelerating, and it looks like we’re months, not years, from the tipping point.

“Clearly the next couple of years present an opportunity to win the trust of an unsure market.

“As confusion around fuel types increases, so too will customers’ reliance on trustworthy advice, and this is where the expertise of the dealer comes into play.”

The research, of 200 car dealers and 2,000 drivers, also found a drop in concerns about cost, range, and charging time in comparison to last year.

Almost half as many drivers were concerned about the initial outlay of an electric vehicle (24% in 2019, compared with 47% the year before), and half as many were worried about the time it takes to charge them (17% in 2019, down from 36%).

The proportion of drivers concerned about driving range has fallen from 43% last year to 24% now.