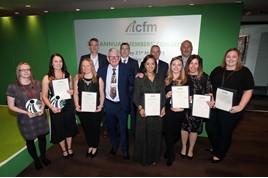 The latest Institute of Car Fleet Management (ICFM) graduates were recognised with a series of awards at the organisation’s conference in London, this week.

Chief among them was the inaugural Tom Madden Career Development Award, named after the former ICFM chairman.

Paying tribute to him at the conference, ICFM director Peter Eldridge said: “Under Tom’s tutelage, ICFM went from strength-to-strength, which was no doubt influenced by his unique blend of old school determination, coupled with charm and business gravitas.”

Previously known as the ICFM’s Career Development Award, which recognises an organisation that is outstanding in terms of sponsorship and support given to participants on ICFM’s core programmes, it was awarded to Lex Autolease, with Tom’s son John doing the honours.

Legendary football commentator John Motson, who was also guest speaker at the event and gave an insight into his long career, presented the other awards, including the Peter Moxon Award for the Training Achiever of the Year, which was won by Colleen Palmer, fleet co-ordinator, Essex Police.

Palmer was selected due to the “extremely high quality and consistency of her assignments at ICFM Certificate level and, in particular the recommendations for change and policy development - some of which were innovative and designed to improve policy effectiveness and efficiency”.

In the past 12 months, 74 people took part in ICFM training at either Introductory, Certificate or Diploma level and more than 400 training days were delivered by tutors.

Three people gained their Diploma in Fleet Management, with six more due to complete in the next few months. Attainment of the Diploma provides an automatic upgrade to Fellowship status within ICFM. They were: Colin Hutt, fleet manager at Clarion Response, Sean Murphy, group fleet manager at Keltbray Group, and Andrew Paterson, fleet manager at the Ministry of Defence. 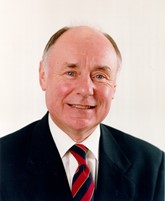