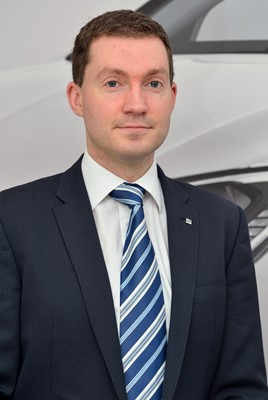 Seat UK is advertising for a new head of fleet after Peter McDonald resigned to join another - as yet unidentified - organisation.

McDonald joined Volkswagen Group UK in 2002, and became head of fleet and business sales at Seat UK in December 2013.

Since then, Seat has become a consistent top 10 OEM in the true fleet market and last year achieved its best ever year in the sector with 18,825 registrations – 27% more than in the previous year.

Under his stewardship, Seat was named most improved fleet manufacturer of the year in the 2018 Fleet News Awards.

Initiatives he introduced included a four-day test drive and an ‘Easy’ initiative which simplified the range and options available to fleet customers.

The job advert for his replacement states that reporting into the brand director for Seat UK, the new head of fleet will be responsible for developing and implementing a strategy to deliver fleet sales volume, mix and market share.

It includes developing relationships with key customers directly and via contract hire and leasing.

The role also involves ensuring Seat and Cupra brand has an effective field fleet team, as well as “pushing for constant improvement in a vastly-changing environment, particularly when it comes to the premium Cupra brand and the incoming impact of electrification”, says the advert.

The new scheme aims to offer fleets a wide-range of perks to boost convenience, reduce cost and deliver the highest levels of fleet aftersales service.

Seat Mii electric will have range of 161.5 miles

Seat has released details about its first electric vehicle (EV), the Seat Mii, which paves the way for more EVs and plug-in hybrid electric vehicles (PHEVs) from the manufacturer.