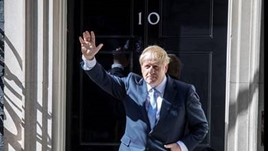 A Conservative win in the general election should now pave the way for new company car tax rates to be introduced from April 2020.

Sinn Fein has seven MPs, Plaid Cymru four, the SDLP have two; and the Green Party and Alliance Party one each.

Boris Johnson's party secured the largest Tory majority since 1987, taking seats in the north of England from Labour.

Speaking in London, the Prime Minister said it was a mandate to take the UK out of the EU next month "no ifs, no buts".

Jeremy Corbyn has said he will not fight another election as Labour leader and Liberal Democrat leader Jo Swinson lost her East Dunbartonshire seat to the SNP by 149 votes.

Paul Hollick, chairman of the Institute of Car Fleet Management (ICFM), said a majority Government was “excellent news” as it could provide the fleet industry with “clarity”.

He continued: “The fact that the Conservative Party remains in power means that we can expect outstanding legislation, such as that relating to previously announced company car benefit-in-kind tax rates from April 2020, to be passed as previously announced.”

“What’s more, ACFO looks forward to strong, coherent - not uncoordinated - policies that address poor air quality that impacts on everyone and a clear strategy to support the motor industry to reduce vehicle emissions and the overall environmental impact of transport."

New company car tax rates announced in the summer were expected to be rubber stamped in the Autumn Budget, ahead of coming into force from April 2020.

However, continuing deadlock over Brexit put the new benefit-in-kind (BIK) tax rates and the required legislation on hold, after the Government decided to go to the polls.

A Conservative victory, said Johnson, had "smashed the roadblock" in Parliament over Brexit and put an end to the "miserable threats" of another referendum on Europe.

There is expected to be a minor reshuffle on Monday and the Brexit bill will go before MPs next Friday. The Chancellor of the Exchequer will also name a date for the Budget, where the new rates are expected to be confirmed.

Hollick says that the mandate that Johnson now has should enable the UK to leave the European Union on January 31, as the Conservative Party promised, and have a trade deal in place by the end of next year thus ensuring that the UK is tariff-free.

He added: “With Christmas and New Year celebrations imminent, the fact that the Parliamentary deadlock has been broken with this result is a cause for optimism in 2020.”

Sandall continued: "ACFO looks forward to a strong trade deal with the European Union being negotiated by the end of 2020 that supports the robust UK automotive sector, which is crucial as we move into a new political and technological arena.”

As the polls closed and a Conservative win was predicted, the pound surged against the dollar. Sterling gained 2.1% to $1.34 - its highest level since May last year - on hopes that a big majority would remove uncertainty over Brexit.

The pound also jumped to a three-and-a-half-year high against the euro.

Required legislation on hold, with new BIK rates, including the 0% rate for electric company cars, needing approval of new Government before they can be used.