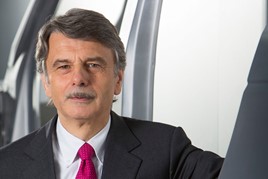 The long-serving CEO of Jaguar Land Rover (JLR), Ralph Speth, will step down in September when his contract comes to an end, the company has announced.

Speth, who became CEO in 2010, said he was “very honoured” to have worked with so many “dedicated and creative” people, both inside and outside of Jaguar Land Rover.

“We have elevated Jaguar and Land Rover,” said Speth. “We offer our customers multi-award-winning products and will continue to surprise with the best pipeline of new, innovative products we have ever had.

“Personally, I am looking forward to new and exciting challenges.”

The 65-year-old becomes non-executive vice chairman on the board of Tata Sons, the holding company for JLR’s owner, and will remain in an advisory role at the UK carmaker.

“I am delighted that Ralf has agreed to maintain his relationship with Jaguar Land Rover by becoming non-executive Vice Chairman.

“Ralf will also remain on the board of Tata Sons.

“A search committee has been formed which will work with me to identify a suitable successor in the coming months.”

Tata Motors board member Hanne Sorensen, a former chief executive of tanker company Maersk, has been mooted as a possible replacement, according to the Financial Times.

British carmaker posted a £358 million loss in its latest set of annual financial results – despite returning to profitability in Q4.