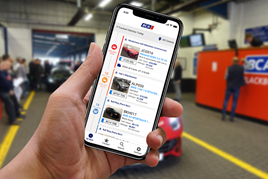 Average used car values exceeded £8,000 for the third month in a row in August, with sold volumes continuing to rise, up by 3.9% over the month, reports BCA.

BCA chief operating officer for UK Remarketing, Stuart Pearson, said it has seen “improving levels” of supply reaching the marketplace throughout the period of the pandemic with “well-matched demand” for stock from its buyer base.

“The marketplace is operating very efficiently and this is good news for all professional operators in the used vehicle sector.”

He added: “Anecdotally, many dealers are telling us that their stock churn has improved significantly, with many holding lower volumes of stock but still selling as many vehicles as they might have expected pre-Covid19.”

Indicata, however, suggests that the UK used market showed its first signs of cooling off in August, according to its latest used car report.

During August, it says that the UK was the only one out of 13 European countries to experience a year-on-year fall (-3.3%) with the sub-three-year sector down by 15.75%.

Volumes were also down by 50% in the sub 12-month sector caused by OEMs reducing their push on self-registrations and demonstrators as new car shortages continue following the Covid-19 pandemic lockdown. The six-nine-year age group was the only one to rise during August by 8.8%.

Hybrids and electric vehicle (EV) sales were up year-on-year by nearly 50%.

Meanwhile, market stock levels grew by 3% in August as used cars stuck in the wholesale supply chain have finally seen the light of day.

Used car values up for the first time since 2009

Average used car sale values increased in July at the three-years/60,000-miles – the first increase in the month since 2009 and followed an even stronger June.