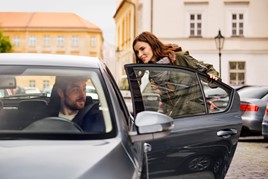 Westminster Magistrates' Court ruled that Uber was “fit and proper”, despite its “historical failings”.

The decision provides certainty for over 40,000 drivers that use the Uber app in London to help connect with ride-hailing customers.

The company has since been granted extensions as it went through the appeals process and worked to address the concerns around security.

At the time TfL said Uber's approach and conduct demonstrated “a lack of corporate responsibility in relation to a number of issues which have potential public safety and security implications”.

However, the Mayor of London, Sadiq Khan, said: “Public safety is paramount, so TfL was absolutely right not to renew Uber’s licence last November after identifying failures that directly put passengers in danger.

“I am pleased that Uber have admitted that their response to very real concerns about passenger safety was inadequate, and since then Uber has made improvements.

“I can assure Londoners that TfL will continue to closely monitor Uber and will not hesitate to take swift action should they fail to meet the strict standards required to protect passengers.”

Deputy chief magistrate Tan Ikram, said that he weighed Uber’s record of engagement with TfL and noted there has been “clear improvements in communication”.

It was also noted that Uber’s changes had “plugged the gaps” in security identified by TfL.

Jamie Heywood, Uber regional general manager for Northern & Eastern Europe, said: “This decision is a recognition of Uber’s commitment to safety and we will continue to work constructively with TfL.

"There is nothing more important than the safety of the people who use the Uber app as we work together to keep London moving.”

He said: "This is the second time Uber have been deemed unfit by the regulator for serious safety breaches and yet again they have been granted a reprieve, which we believe puts passengers at risk.

"Uber has allowed nearly 15,000 journeys to occur where the passenger in the back of the vehicle wasn’t being driven by the correct driver – in some cases by someone who wasn’t even licensed to drive a Private Hire Vehicle.

"Safety is fundamental to the Private Hire industry, and these breaches are evidence that Uber is unable to guarantee its passengers that they know who is driving them and their families around London.

"The Magistrate and TfL should impose significant conditions on Uber’s licence to ensure Londoner’s safety; however, these will only be effective if Uber implements them and are held accountable should they fail to meet them.”

Steve McNamara, general secretary of the Licensed Taxi Drivers’ Association (LTDA), described the court's decision as a "disaster for London".

He said: "By holding up their hands and finally accepting some responsibility, Uber has managed to pull the wool over the eyes of the Court and create the false impression that it has changed for the better.

“The Judge himself has recognised that Uber has more to do, noting that Uber is ‘not perfect’ but ‘improving’ and has ‘reduced incidents’."

John Colley, Warwick Business School professor of practice in strategy, said TfL had once again taken Uber to the edge in retaining its London licence.

Colley said: "While the norm is a five-year licence the Court is still keeping Uber on notice over ensuring high standards of behaviour.

"This is probably a higher standard than had previously been required from taxicab businesses in London. However, Uber is a large business, with deep pockets to ensure that checks are made without failure.

“Uber’s 45,000 drivers and several million passengers in the London area will be delighted with the result. One sensed that Sadiq Khan suspected Uber would retain its license as the political fall-out from a total ban would have been significant.

“The issue is always: would any other ride-hailing business be better if Uber disappeared in London? The answer is probably not. As people start returning to work post-Covid then Uber becomes a necessity in the face of a frequently overcrowded tube option.”

Uber has now been awarded a licence but it has been put on probation for 15 months.

Transport for London has again rebuffed Uber’s application to renew its private hire operating licence in the capital.